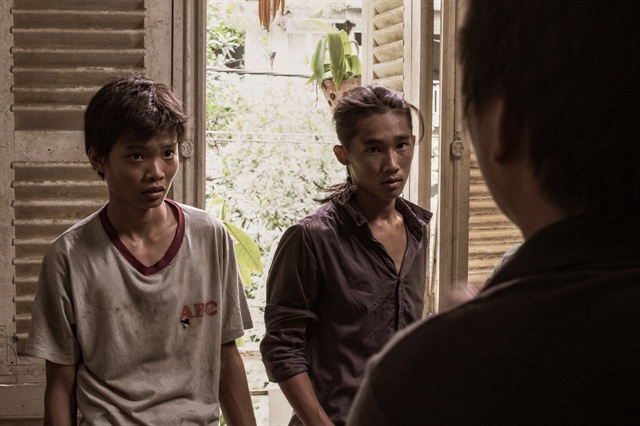 HÀ NỘI — Trần Anh Khoa, the young actor who played the titular character in Ròm has been awarded the best actor award at the 18th Asian Film Festival which concluded in Rome, Italy on Wednesday.

The organisers praised Khoa for his instinctive, energetic and agile acting to play a character who is constantly moving in a hectic life in the city.

On behalf of Khoa, who is still in Canada, a representative of the Vietnamese Embassy in Italy received the award and said they appreciated the recognition and encouragement of the organising board for the Vietnamese film industry, especially for young and promising talents.

Set in a squalid tenement for working-class Saigoneers, the movie revolves around số đề, an illegal gambling game that piggybacks on Viet Nam’s official lottery operation. Ròm and a gaggle of other street kids make money from selling lottery result slips and taking bets for số đề bookies as “runners”.

The Asian Film Festival in Italy was organised by the Robert Bresson Film Foundation, which selected the best East Asian films in terms of art and genre.

Ròm by director Trần Thanh Huy along with three other films that have made a phenomenon in domestic cinemas including Bắc kim thang (Home sweet home), Tiec trăng mau (Bloodmoon party) and Bố gia (Dad, I’m sorry) were selected to be shown in Italy.

With a total of 28 feature films and two short films from 11 East Asian countries, this year's film festival featured films on underage abuse, complicated family relationships, the consequences of economic issues and sustainable development and climate change in many East Asian countries. VNS