The quỳnh flower or 'Queen of the Night' in English is renowned in literature and arts as a noble kind of flower, which blooms only at night and offers glorious beauty and a gentle scent.

Moon cactus and orchid cacti are other popular names of the plant, which is of the Cactaceae family.

The plant is said to have been discovered by European sailors in South America some 250 years ago. One century later the plant was popular in the UK, then spread to France, Germany and all of Europe.

There are various kinds of the queen of the night including white (popular in Viet Nam), red, a hybrid between the original plant and cactus, and a version which blooms in the daytime, which is a hybrid of the original plant with the dragon fruit plant. 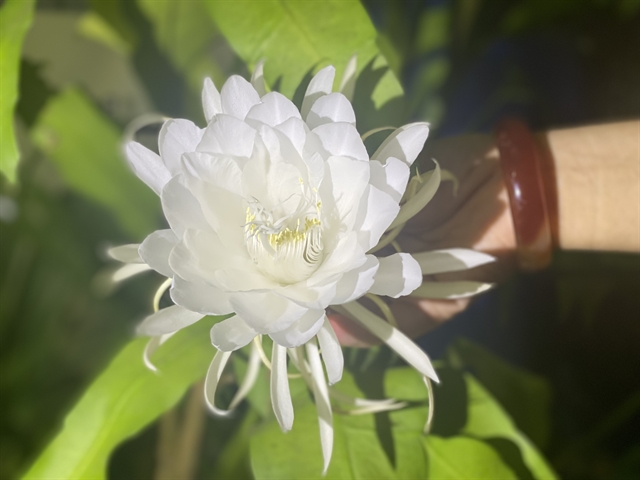 In Viet Nam, the plant, which looks fragile with its long leaves and body, is often raised with canh dao (pencil cactus). This plant has almost no leaves as they fall down right when they appear so the plant acts as a frame for the Queen of the Night plant to rely on. The two plants rise together like the harmony of yin and yang and symbolise noble love. 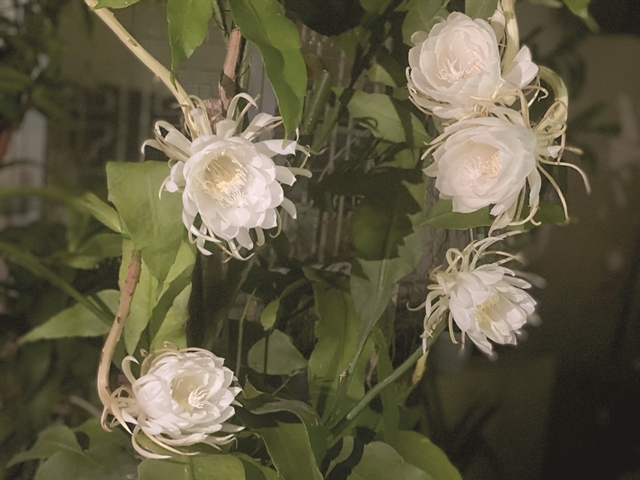 Few people know about the flower as it blooms only at night. VNS Photo Le Hương

Not many people know the queen of the night as it blooms only late at night and withers the next morning. Fewer people know that the flower is a healthy ingredient for tasty dishes with various medical functions.

Only one or two flowers are needed to make a dish. The simplest is a soup made from the flower and lean meat or fresh shrimp.

After the flower blooms in full, it can be cut for the next noon’s meal. First, the cook must rinse off the pollen, cut off the pistil and wash it in water. The flower should be cut into smaller pieces. Lean pork should be boiled first with some salt. The well-cooked pork is then taken from the broth and the flower is then put into the broth and boiled for a few minutes. The resulting broth will taste sweet, with the gentle scent of the flower. 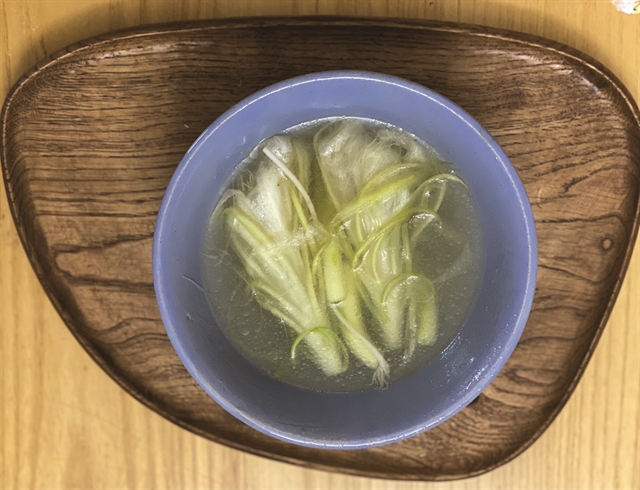 A soup with the flower. VNS Photo Le Hương

The queen of the night is easily grown and a mature leaf will develop roots and young leaves after a few months in damp soil.

The plant tends to bloom in late summer and early autumn.

The flowers can also be part of a salad with shrimp, lean pork, carrot, onion, some lemon, sugar, fish sauce and chilli, or mixed with lean and fatty beef in a soup. 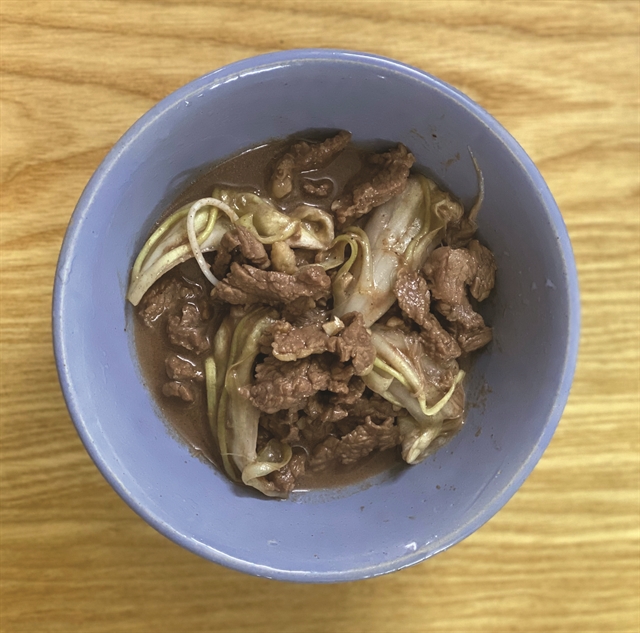 According to traditional medicine expert Phan Đuc Thảo, thick water from fresh Queen of the Night flowers can aid in the treatment of diseases involving the urinary tract, kidney stones, coughing, sore throat, asthma and diabetes.

One should put fresh flower sliced into small pieces in a bowl and add some rock sugar or honey or chicken egg. Then steam the bowl for 10 minutes. The mixture can help with coughing and asthma while the soup of the flower and lean pork is good for the lungs, Thảo wrote in one of his books.

Thảo said that mixing the flower with some honey, baking the mixture and then combining it with boiling water to drink can treat kidney stones as well as ureter and bladder pains. 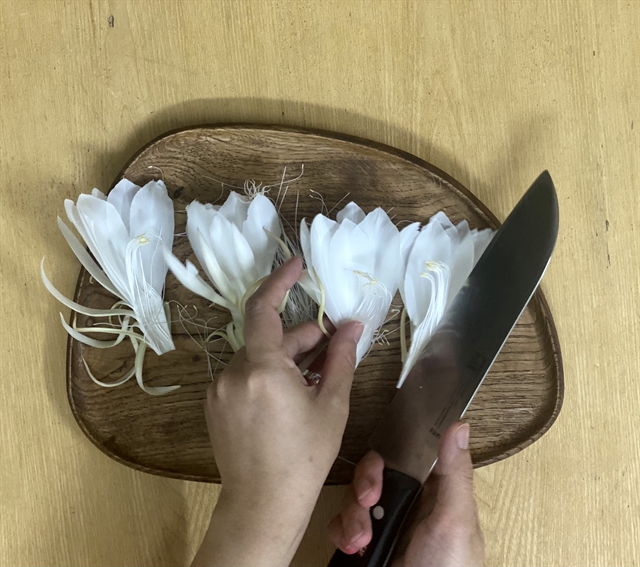 The flower can aid in the treatment of various diseases, according to traditional medicine. VNS Photo Le Hương

Vietnamese people believe that admiring a blooming queen of the night at night brings luck and happiness, but I couldn't possibly comment.

Regardless, watching the white petals open gradually at night, revealing their fragile stamen with yellow pollen with a relaxing scent is really rewarding.

Admiring or enjoying food from the flower is a blessing for anyone. VNS