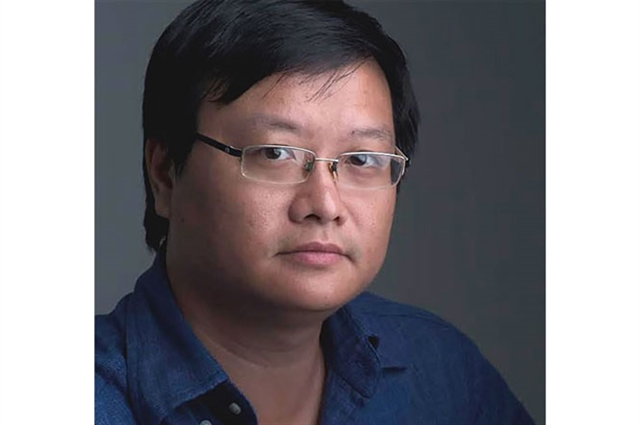 What is public art in your opinion?

Public art is definitely not something sublime. It appeared firstly from the street and through the art of graffiti raising the voice of the lower classes on the margins of society.

With the development of contemporary art with improvisational features that interact with the location context, public art gradually became a characteristic of a city.

A very long time ago, there existed a concept that art was only for the nobility and the upper class.

When the development of modern art and pop art blurred the lines between academic art and popular art, authorities and city-dwellers began to realise the power and attraction of public art.

Public art reflects the soul of a city's community. It combines tourism and economic sectors making an important contribution to creative industry development and creating added value for the community.

What is involved in the artistry and aesthetics of public art?

Art basically always comes from life but it only takes inspiration from life, it doesn't bring life into art. Public art is like an illusion from the life created by the artist.

Like other art forms, it also has levels of creativity depending on the professionalism of the artist, the project, curator and the social impact of the work.

As a result, to ensure the quality of public art projects, the city government often invites established and experienced artists or reputable curators to perform.

Many cities have fairly clear regulations on areas that are free to draw such as suburbs, tunnel fences or abandoned factory walls. Private areas can't be painted on without the consent of their owners.

Artists will be fined and jailed for vandalising private or public spaces without permission.

Therefore, public artworks need experienced artists to ensure the quality of outdoor works. Notably, a good idea is also needed to have interaction with the context and location as well as with the surrounding community.

How is public art taught in the college?

Most fine arts colleges are focusing on traditional fine arts and there is a lack of public art training.

Public art is taught in some architecture colleges but only in urban planning or landscape design departments. Teaching public artwork creativity is not a focus.

You have worked on public art projects. What do you think of the interactions between artists and their work with the community in Ha Noi recently?

In my opinion, there has not been any other public artwork project like the two projects on Phung Hưng Street and in Phuc Tan Ward in Hoan Kiếm District.

Early this year, a playground was completed in Phuc Tan with a wall of painted fruits. It has a little interaction with one of Ha Noi's biggest fruit markets in the Long Bien area.

Recently, the Think Playgrounds organisation and artist Ưu Đam built a playground entitled Nỏ Thần in Đong Anh town in Ha Noi. The playground inspires children and adults as well to get to know about the area's history. 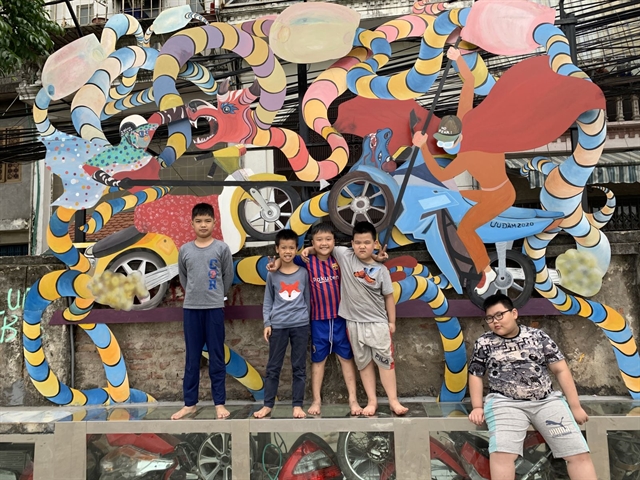 Have you seen a change from residents who didn't previously have the opportunity to enjoy art at locations home to public artwork?

People of all ages in the areas where public art projects take place have positive interactions. The projects make their lives more colourful. Habits of environmental sanitation, planting trees and growing flowers are also gradually formed, creating a great change in the landscape and quality of life.

Playing children, walking elders and adults playing sport are the new images in the locations. We are moved by them.

Do you have other projects in the pipeline?

We are planning projects in the districts of Ba Đình and Tay Hồ and Đong Anh Town. But we are lacking the most important factor, the minimum financial source for material and workers.

Participating artists join projects without payment. But policies and capital mobilisation are problems.

Policies for public art projects are a big issue that must be solved as soon as possible to carry out projects for the community.

Currently, a group of artists and I are displaying public artworks at the International Centre for Interdisciplinary Science and Education (ICISE) in the central province of Bình Định.

The display is opened free for people for four months until August. This is also a public art project aiming to connect art with science and nature with humans as well.

In the near future, if possible, we will do public art projects in Hoi An Town.  VNS