The end of May is the time when the streets of Hanoi are bustling with street vendors carrying a delicate, pure and magical flower, which is the lotus at the beginning of the season. 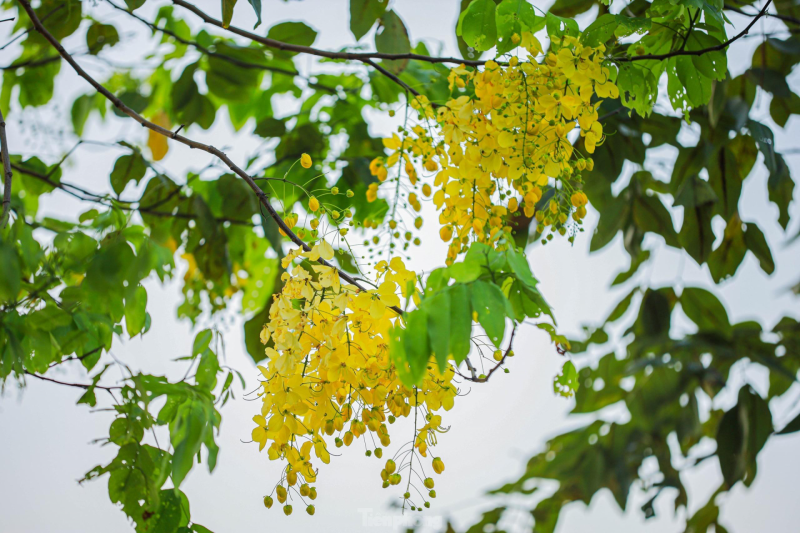 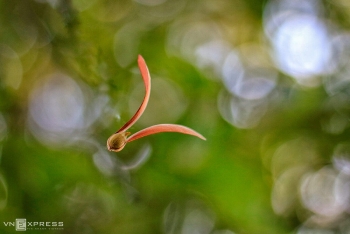 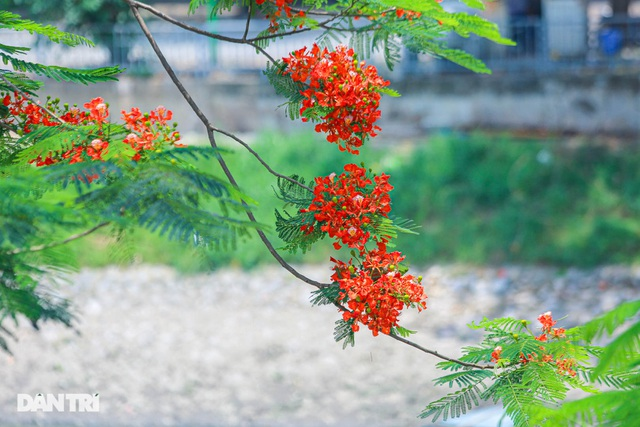 In Photos: Hanoi streets tinted in red of flamboyant flowers For Hanoi people, summer is not only the season of red phoenix flowers, purple crape myrtle or golden shower flowers, but also the most brilliant lotus flower season. Photo: TienPhong 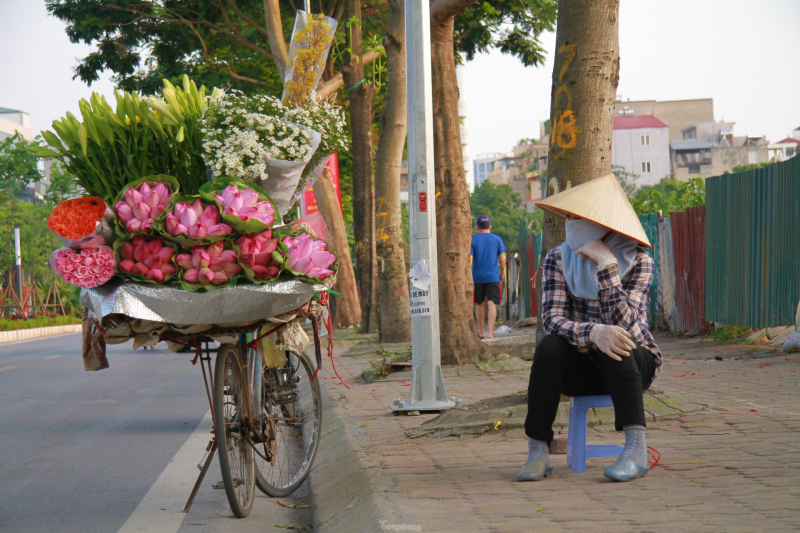 In the last days of May, on many alleys and street corners of Hanoi, we can easily see street vendors with all kinds of white lotuses, pink lotuses gently blooming. Photo: TienPhong 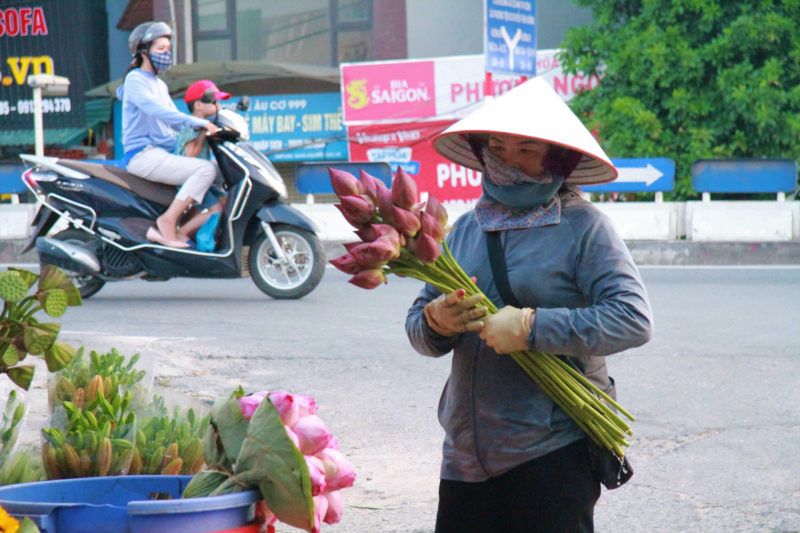 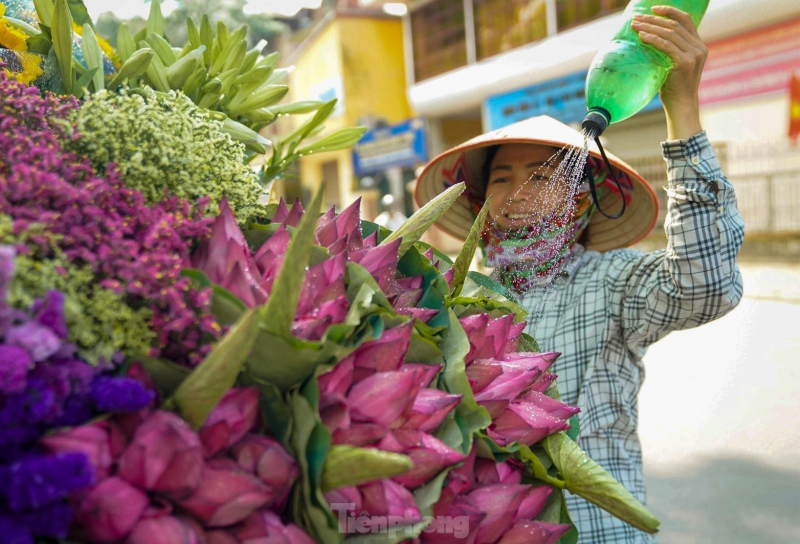 The early summer lotus has not yet fully bloomed, still shy, and dew drops remain on the flower. Photo: TienPhong 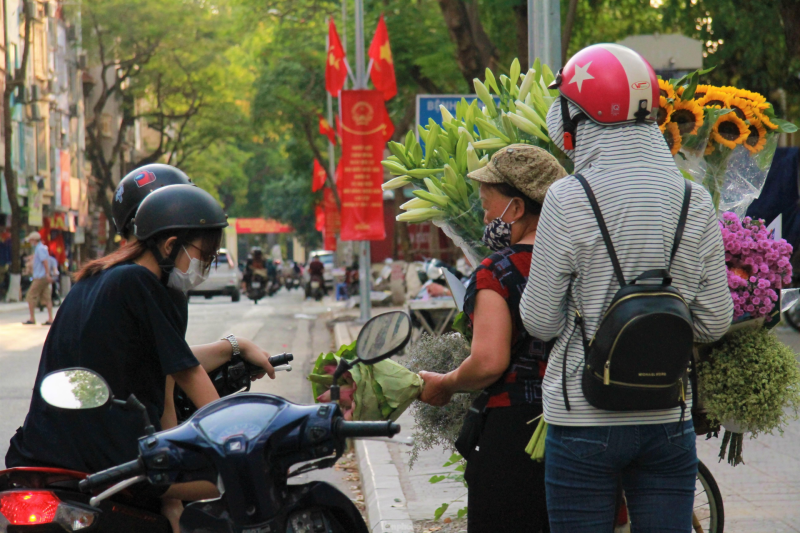 Loads of flower vendors roaming the streets, one of the special thing in Hanoi. Photo: TienPhong 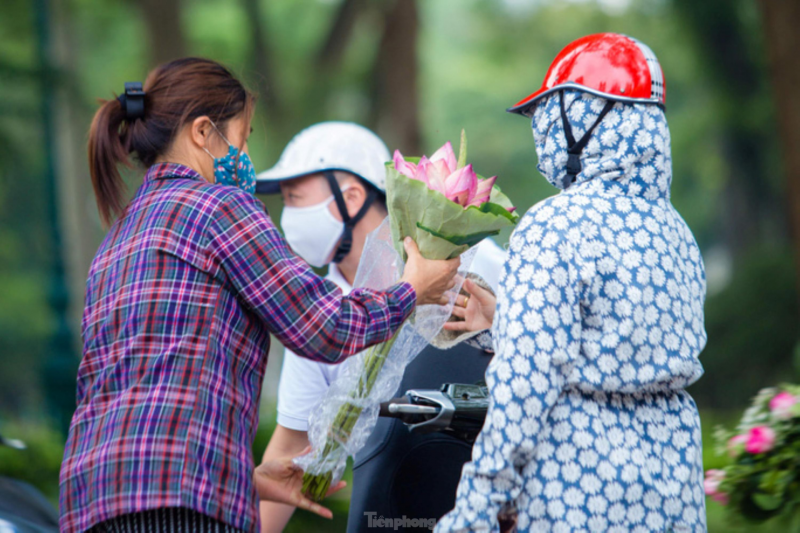 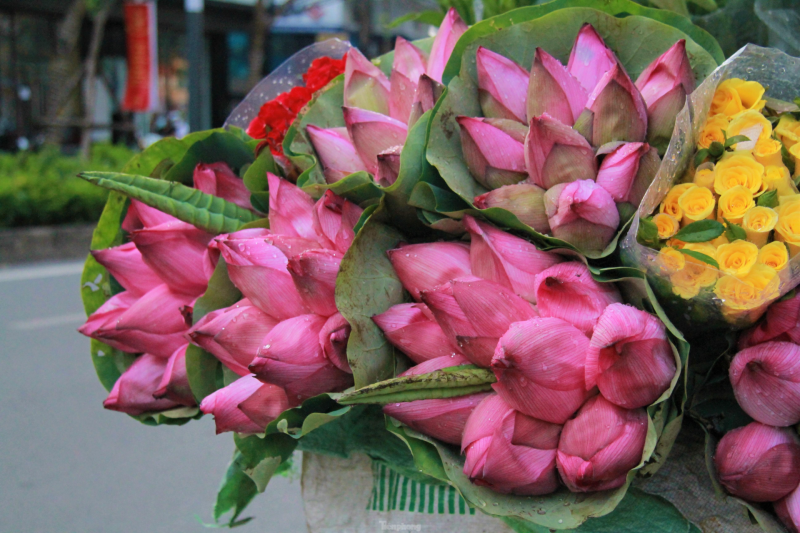 The image of the lotus flower has long been associated with folk songs, life and people of Vietnam in general, Hanoi people in particular. For every child of the capital, the pure beauty of the lotus flower is one of the indispensable wonderful things when summer comes. Photo: TienPhong 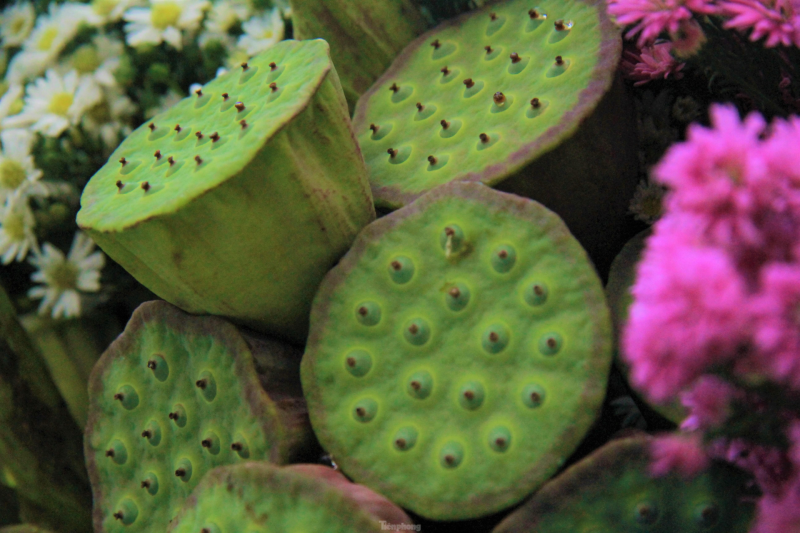 The lotus season usually lasts until the beginning of September, but the most beautiful and fragrant flower period is from the end of May to the second half of June. Photo: TienPhong 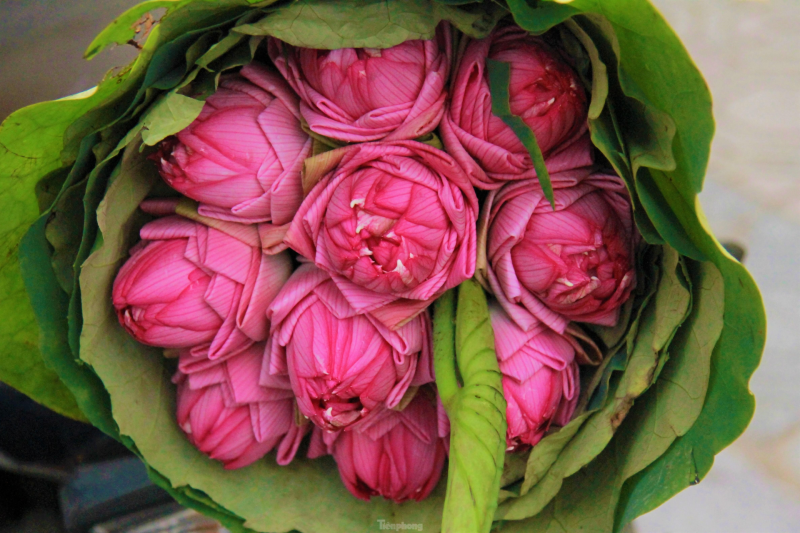 Bach Diep lotus has a darker pink color, has many layers of small petals and a mild fragrance. Photo: TienPhong 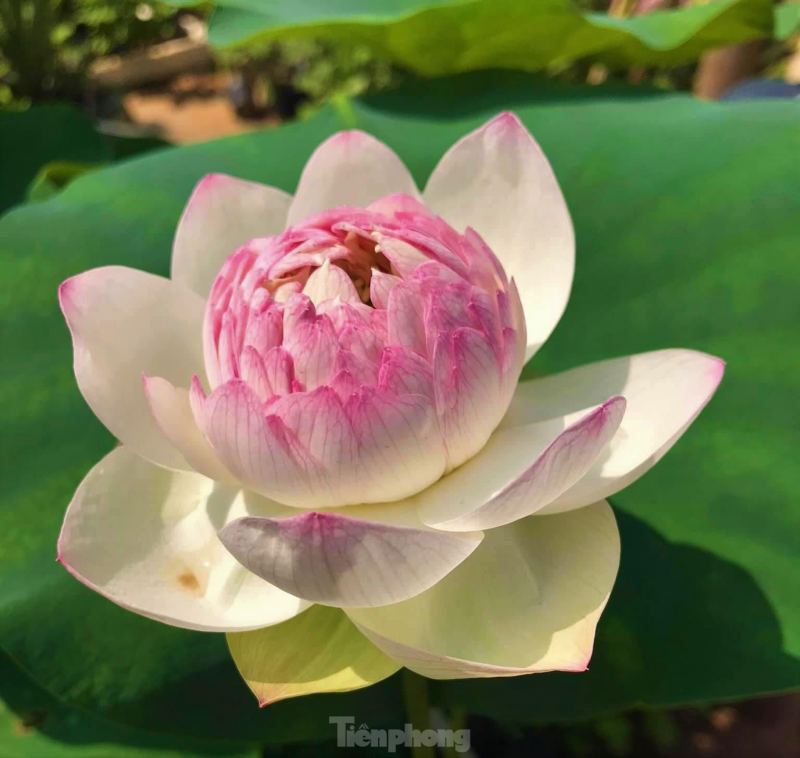 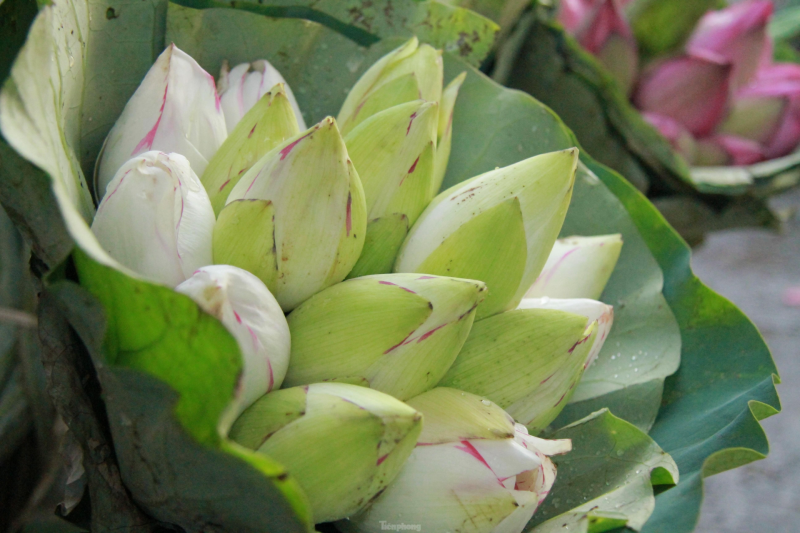 In addition to pink lotus, white lotus is also very popular. White lotus is native to India, if taken care of well, the plant can grow to nearly 2 meters, the roots crawl horizontally under the water about 3 meters. Photo: TienPhong 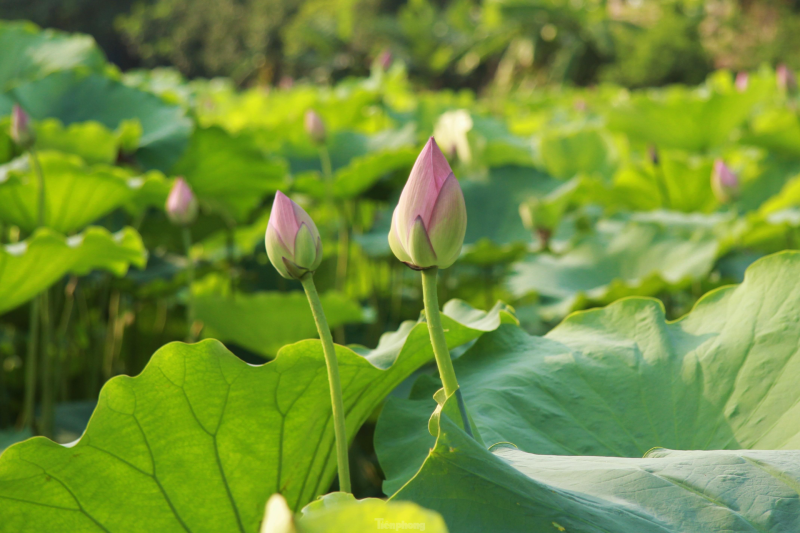 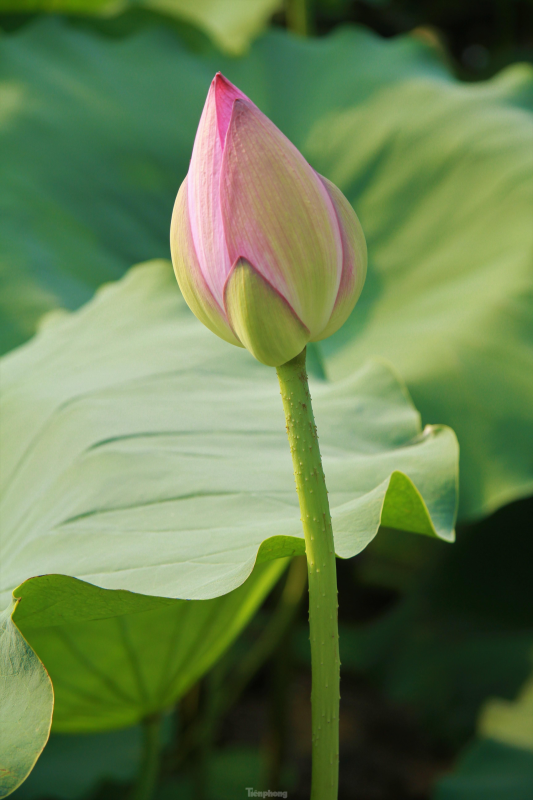 Lotus has many uses: Lotus petals are used to decorate dishes, while lotus roots can be used to prepare many delicious dishes. Stamens are dried and used to marinate tea. Lotus seeds can be made milk, or dried as raw materials, medicine. Photo: TienPhong 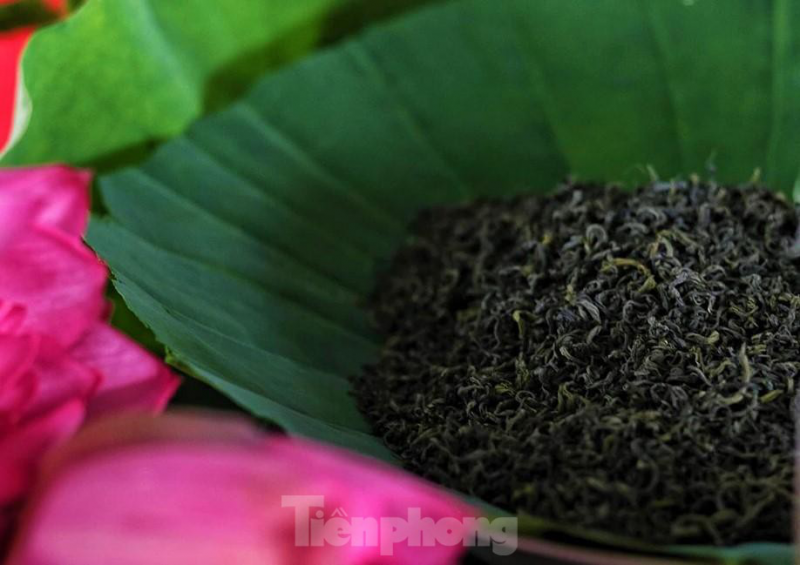 For tea marinating, lotus at the beginning of the season is the most quintessential gift that heaven and earth have bestowed on the people of this region. Photo: TienPhong 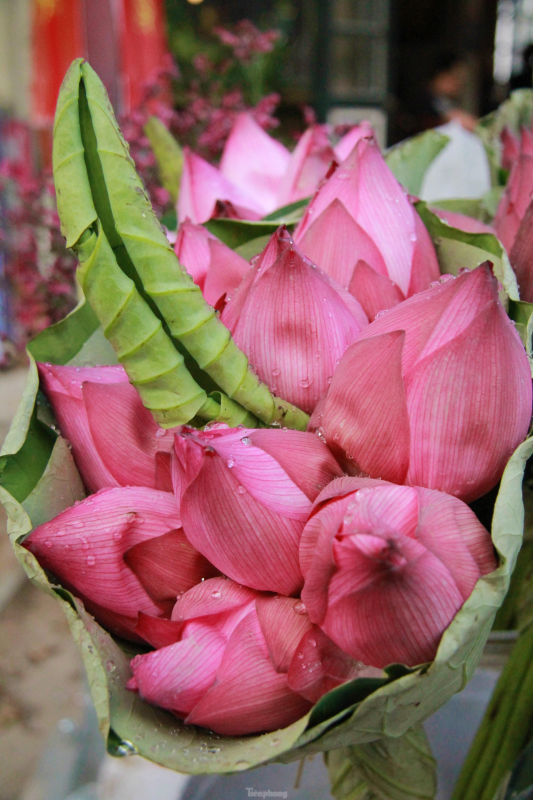 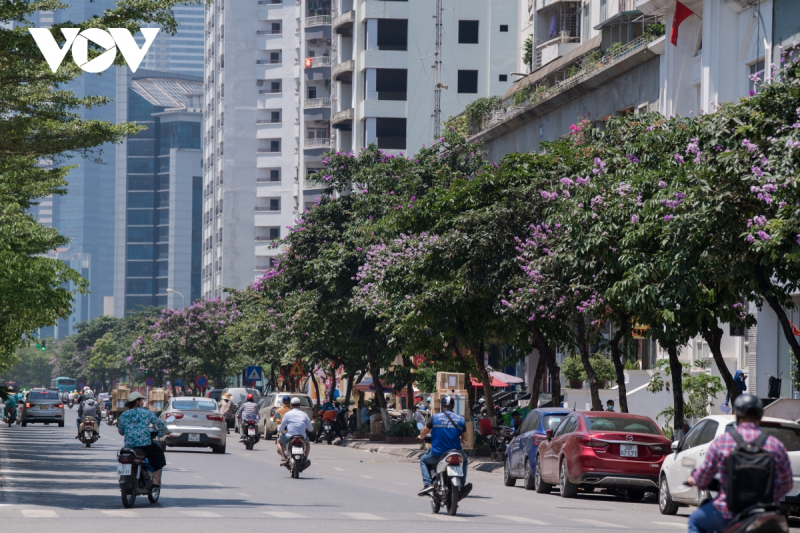 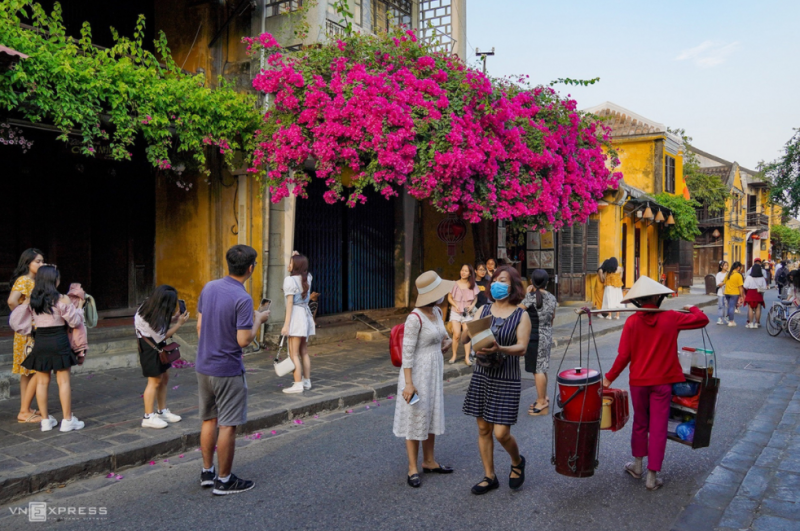