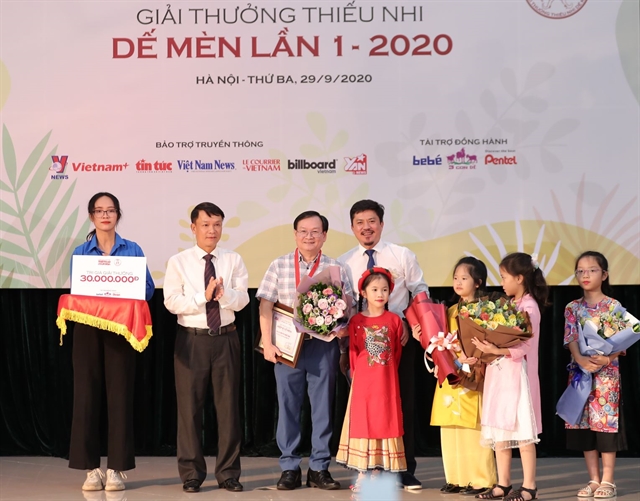 HÀ NỘI — Compositions, art performances and entertainment programmes created by children or for children have the chance to compete at the Dế Men Awards.

The awards launched by the Vietnam News Agency's Thể Thao Văn Hóa (Culture & Sport) newspaper aims to honour the best works by and for children.

Entitled Dế Men (Cricket), the award is named after the character in one of the most popular stories for children in Viet Nam, Dế Men Phieu Lưu Ký (Diary of a Cricket) by To Hoai.

The Cricket Knight award will honour the lifetime achievements of authors who have contributed to work for children.

Eligible works must be announced or discovered from May 15 of last year to May 15 of 2021. Literature drafts created within this period can be sent to the contest.

The entries can be in one of several forms like literature, cinema, music, arts, theatre, photography, comic, traditional games or electronic games.

The judges will receive all entries by photo, video clip and book at 11 Trần Hưng Đạo Street in Ha Noi or via email to giaithuongdemen@thethaovanhoa.vn.

The awards ceremony will be held on Children's Day on June 1. — VNS