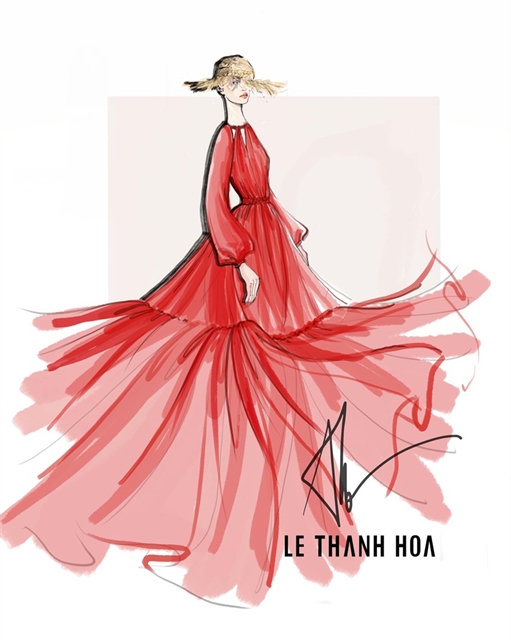 A draft of a design from Le Thanh Hòa’s collection “Like the Sunshine” which will be presented during the “Fashion Voyage 3” show in Phu Quốc Island City on March 19 and 20. Photo courtesy of the designer

PHÚ QUỐC “Fashion Voyage 3”, a fashion show featuring the latest collections from well-known Vietnamese designers, will be held in Phu Quốc Island City on March 19 and 20.

Director Long Kan, the show’s producer, told the local media that the show's theme “Chasing the Sun” is about leaving the darkness behind to reach a brighter future and fulfill incomplete dreams.

“I believe it’s time for us to keep faith and be optimistic to revive the fashion and tourism sectors,” Kan said.

Vietnamese designer Le Thanh Hòa, whose designs are often chosen by Vietnamese beauty queens, will launch his ready-to-wear collection called “Like the Sunshine”.

The collection will feature 50 designs in environmentally friendly materials of linen, silk, chiffon, and organza. The designs have bright colours and have forms that honour the beauty of women.

Hòa, 36, graduated from the Industrial Arts Department at the HCM City University of Architecture in 2010.

He began his career after winning third prize in the First Collection contest organised by Mực Tím magazine, and first prize in the Pure Fashion Design contest in 2009.

Hòa has participated in major Vietnamese fashion shows including Đẹp Fashion Show since 2011 and Viet Nam International Fashion Week since 2014.

He has designed costumes for leading pageant contests, including Miss Viet Nam 2016 and 2018, Miss World Viet Nam in 2019. 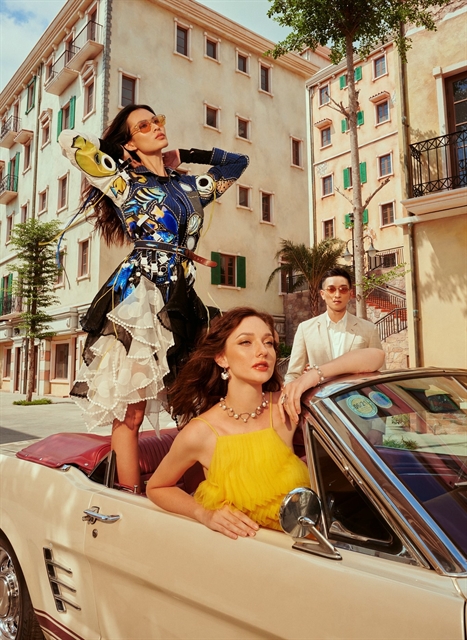 Designs from the new collection by Adrian Tuấn Trần. Photo courtesy of the organisers

Designer Khanh will offer a collection of 50 streetwear designs suited for young people, while designer Tuấn will introduce 40 pieces mixing along with a collection of bags and accessories for summer vacations.