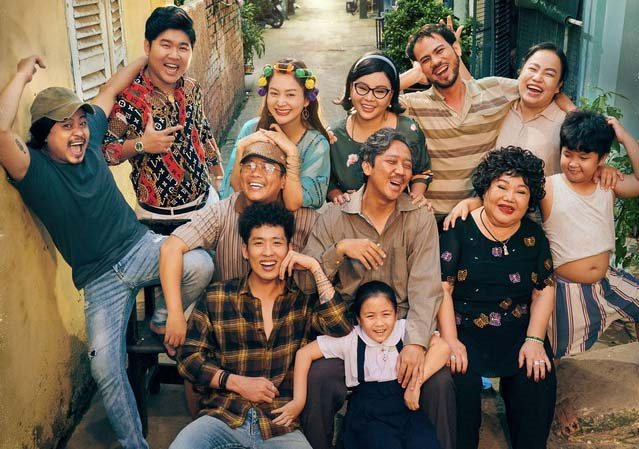 The all-star cast of the family movie “Old Father” – PHOTO: COURTESY OF PRODUCER

On March 13 only, “Old Father” collected VND31 billion, the highest ticket sales in a single day among Vietnamese movies. The film is expected to break some other records as it remains popular at the cinemas even 10 days after its release.

“I’m so moved that words cannot describe how very happy I am that the film is loved by the viewers,” shared Tran Thanh, actor, director and producer of “Old Father”.

According to Box Office Vietnam, 2.4 million tickets of “Old Father” have been sold. This encouraging result is expected to help the local cinema industry recover from the negative effects of the Covid-19 pandemic.

“Bo Gia” centers around Sang, an old motorbike rider who lives in a low-income neighborhood in HCMC. Although Sang is poor and suffers from an illness, he always sacrifices himself for his family.

The “Old Father” movie is an adaptation of a web drama of the same name directed by Vu Ngoc Dang. The web drama version, which was released on YouTube in early 2020, was the most viewed web drama in Vietnam with more than 90 million views for its five episodes.