People line up to buy tickets to "Bo Gia" (Old Father) at a cinema in HCMC. Photo: VnExpress/Huyen Do

On its very first release date (March 5, 6 PM), the film garnered VND10.6 billion (US$ 459.700) after only 6 hours, becoming the only "Vietnamese film with the highest sneak show revenue of all time".

According to the original schedule, the sneak show of Bo Gia only lasts 3 days from March 5 to March 8, then the film will officially debut on March 12. However, with the increasing demand from the audience, the producer decided to extend the sneak show's time until March 11.

By 4:30 PM on March 9, after less than four days of the sneak show, the movie officially earned VND100 billion ($4,3 million USD), becoming Vietnamese film has fastest reached the revenue of VND100bln, beating the record of six days held by "Gai Gia Lam Chieu 3" (The Last Egg 3) since 2020, according to independent tracking company Box Office Vietnam. 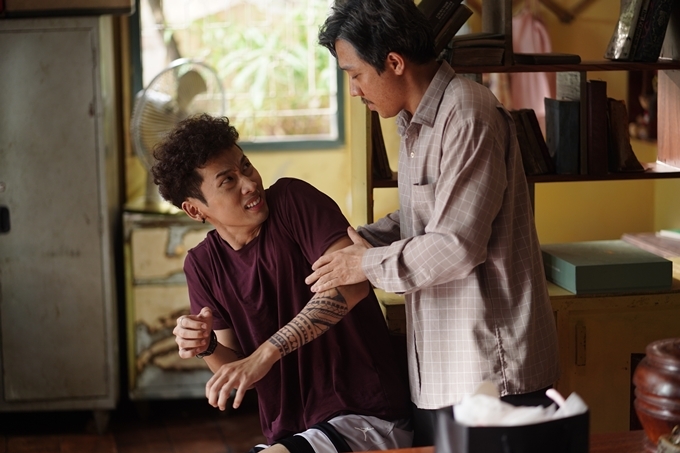 Characters Sang and Quan in the film. Photo: Ngoi sao

This film is an adaptation of a web drama by director Vu Ngoc Dang, with the main character, Sang starred by famous comedian and TV host Tran Thanh.

Bo Gia tells the story of the family relationship revolving around the main character Sang, an old taxi driver with his son, Quan. It reportedly cost VND23 billion ($1 billion) to make, as cited by VnExpress.