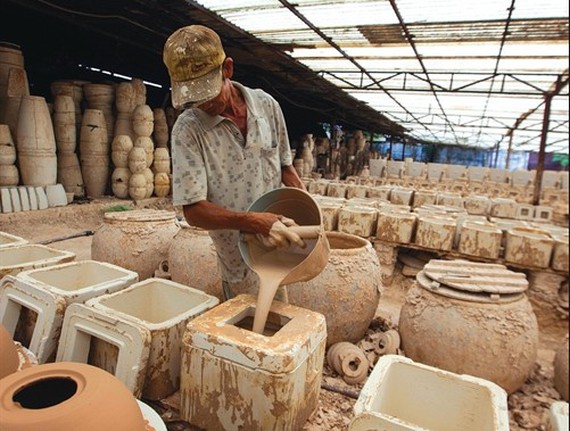 The Southeastern province of Binh Duong is well-known as the land of pottery and ceramics with a network of traditional craft villages spreading all over the province, especially in cities of Thu Dau Mot City and Thuan An, Tan Uyen Town. The traditional craft is believed to have origins dating back to the end of the 19th century and the early years of the 20th century. It has been maintained and passed down through many generations. Ceramic products have diverse designs and sophisticated patterns featuring Vietnamese cultural characteristics and a mixture of styles ranging from traditional fine arts and art-deco.
Tan Khanh Ba Tra martial art originated in Binh Duong province in the early 17th century has contributed to the reclamation of the land and national defense. The martial art has mainly developed in Tan Uyen Town’s Tan Phuoc Khanh Ward; Binh Chuan, Binh Nham, Binh Hoa and Hung Dinh wards in Thuan An City; and Hiep Thanh Ward in Thu Dau Mot City.