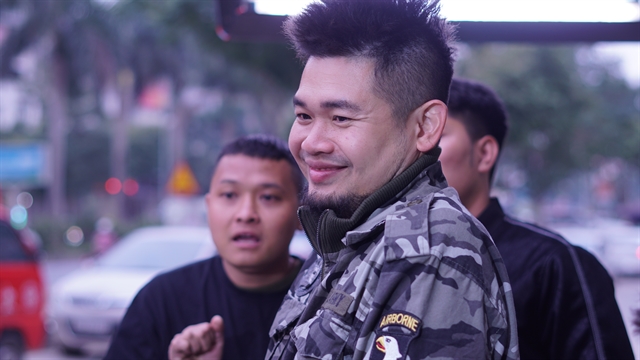 Managing the theatre keeps him so busy he doesn't normally have time to act, but his passion for acting led him to work with other artists to produce a web drama for the Tet (Lunar New Year) holiday.

“People’s Artist is a noble title that means the artist should work for the people, indulging them with excellent performances. When I work as a director of the theatre, I have to work at the back. So I decided to join web drama projects to satisfy my passion for acting and let audiences see me on the screen,” Hiếu explained.

“A role in a TV series may take from six months to one year to complete. I can’t arrange my time but a drama needs one week to one month to finish,” he added.

In recent years, Hiếu has taken part in two dramas, namely Đại Gia Chan Đất (Rich man from the countryside) and Mr Lu. The comedies are broadcast on YouTube and other platforms, free of charge.

Hiếu is not the only artist who has gotten involved in web drama projects. Recently, artist Chu Mạnh Cường announced his work entitled Hiep Sĩ Lang (Knight of the Village) though he faced many financial troubles due to the COVID-19 pandemic. In this comedy, he works as the main actor and producer alongside 100 artists. 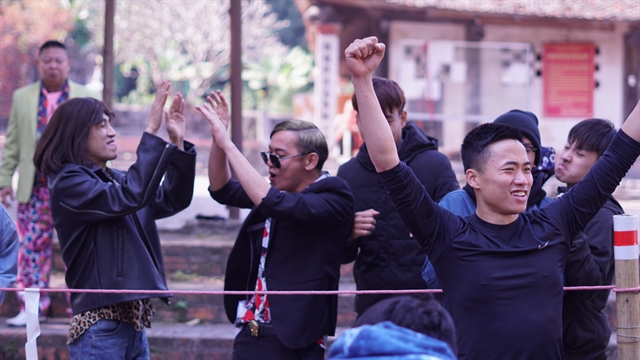 A scene in the drama Hiep Sĩ Lang (Knight of the VIllage) directed by Nguyễn Hồng Linh. Photo courtesy of the artist

Directed by Nguyễn Hoang Linh, the comedy tells the story of young men in a village who want to be heroes, but always irritate others due to their clumsiness.

Cường graduated from university after majoring in traditional opera and singing. He currently works as a cheo (traditional operetta) artist at the Radio Voice of Viet Nam (VOV) Theatre however he loves to work as a comedian.

After the premiere on YouTube, the comedy will be broadcast on some local television stations, including VOV.

Audiences have other options to enjoy during this Lunar New Year holiday, like the art performance Tết Vạn Loc (New Year with Prosperity) produced and directed by Nguyễn Cong Vượng, who is well-known for roles in comedies produced by VTV. He has worked as a producer and director for a long time.

Tết Vạn Loc is a combination of music, dance and comedy. The show was held early this month at the National Convention Centre. Now Vượng broadcasts the programme on his YouTube channel to treat people who weren't able to buy tickets. VNS 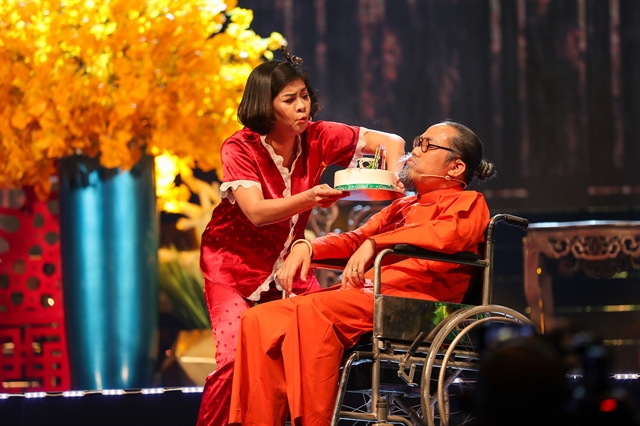 Nguyễn Cong Vượng (right) stars in the comedy written and directed by himself, a part of the series Tết Vạn Loc (Tết with Prosperity). Photo courtesy of the artist