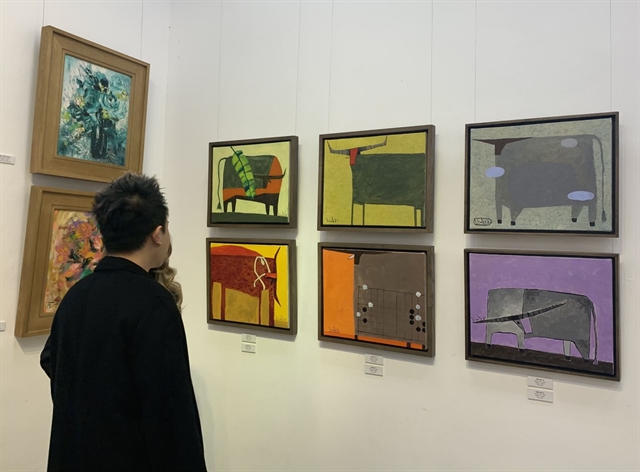 HÀ NỘI - More than 80 artworks inspired by the buffalo are on display at an exhibition in Ha Noi to welcome the Lunar New Year of Buffalo.

Entitled Đón Trau vang 2021 (Welcome the Golden Buffalo), the exhibition presents pieces by G39 – a group of Hanoian artists who gather to honour traditional values as well as to bring art closer to public. The group’s members include several famous painters of Viet Nam’s contemporary painting such as Le Thiết Cương, Vương Linh, Nguyễn Minh, Doãn Hoang Lam, Tao Linh, and Đỗ Dũng. The exhibition is the group’s annual event since it was founded seven years ago. 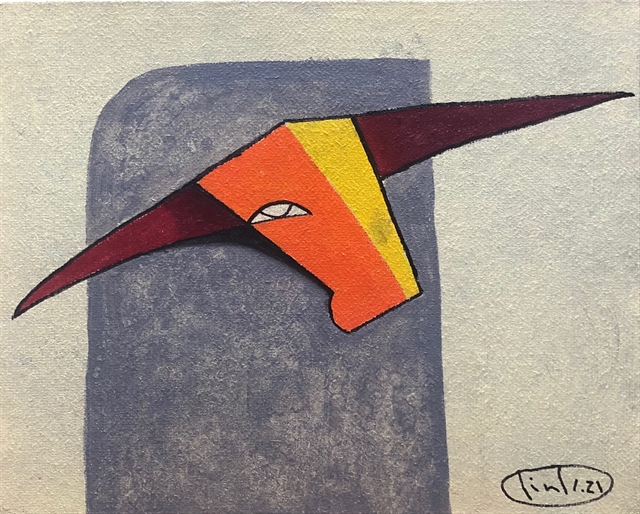 A painting by Tao Linh at the exhibition,

A variety of mediums such as dó (poonah) paper, watercolour, oil on canvas, acrylic on canvas, and ceramic, have been used by the artists to depict the image of the buffalo – the animal that also regarded as ‘Viet Nam’s national animal’, which plays an important role in the culture of Vietnamese wet rice civilization for centuries.

The G39’s leader, painter Le Thiết Cương, who is famous by his minimalist paintings said: “Vietnamese culture was nurtured from the culture of wet rice civilization, of which the buffalo has been regarded as a key role. The buffalo, which closely associates with diligence, hard work, and strength, is a nice inspiration for artists to create their artworks, especially when people nationwide prepare to welcome the Lunar New Year of Buffalo.” At the exhibition, Cương has presented some artworks including mosaic paintings and ceramic pots depicting buffalo. He has also showcased tempera paintings on tulle, and Chinese ink on poonah paper.

Female painter Hoang Phương Lien is the only artist from HCM City joining the exhibition.

“I was born and grew up here in Ha Noi, so I have a bond with this sacred city. Although now living in HCM City, but part of me still in Ha Noi and I still join some art activities here whenever it’s possible. However, I’ve never been absent in any annual exhibition of G39,” she said. 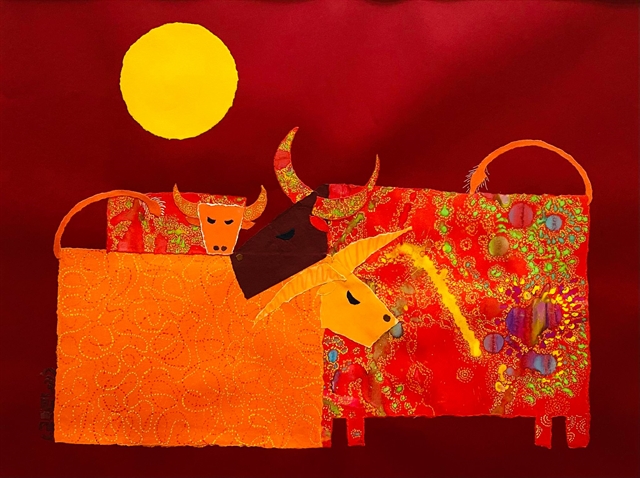 His painting Gia Lam (Coronation) was inspired by the tale about Đinh Tien Hoang (924-979) – the founder and the first emperor of the ancient Great Viet which nowadays is Viet Nam. Born when the country was under the rule of the Chinese Tang Dynasty, together with other village boys, he often played the war game, of which he is a general, riding his buffalo to fight with his enemy.

According to the painter, the Kim Ngưu (Golden Buffalo) expresses the strength and enduarance, while the Quay Quần (The Gathering) presents the close connection between human and the animal.

Alongside works by wellknown artists, the exhibition also introduces paintings by ‘junior artists’ whose parents are G39 members.