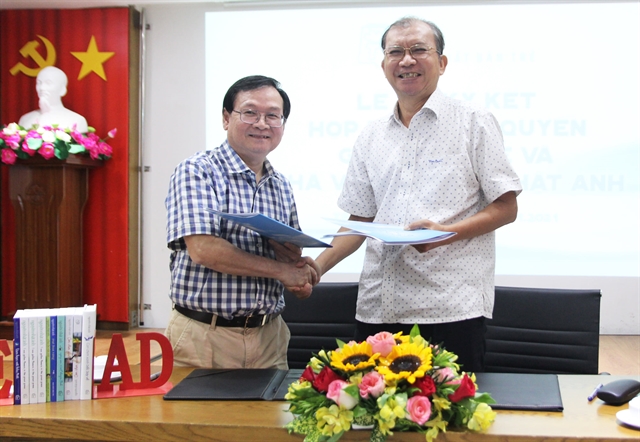 The deal grants the publishing house exclusive rights to the writer’s 49 famous novels and short stories.

Kính Vạn Hoa includes 54 parts featuring adventures of teenagers Quý, Long and Hạnh, which were published in the mid 90s and quickly became a hit.

The work was adapted into a TV series in 2005, attracting millions of children and adult viewers.

Đảo Mong Mơ, which was released in 2010, is about a dream of a 10-year-old boy named Tin who is lost on a desert island. The book sold more than 10,000 copies in the first weeks of its release.

The publishing house also reprinted Ánh’s bestselling books since the 1990s, such as Trưoc Vòng Chung Kết (Before the Final), Thằng Quỷ Nhỏ (The Mischievous Boy), and Chu Be Rắc Rối (The Trouble Boy). These books are still popular today.

Ánh began writing in 1984 and is known for his simple style and accurate depiction of children’s minds.

His books like Cho Xin Mot Ve Đi Về Tuổi Thơ (Give Me a Ticket Back to Childhood), Lam Bạn Voi Bầu Trời (Being Friends with the Sky), and Toi La Beto (I Am Beto) are favourites of thousands of children and teenagers around the country.

Published in 2007, Cho Xin Mot Ve Đi Về Tuổi Thơ, a story about an urban boy named Mui, won the Southeast Asian Writers Award presented by the Thai royal family in 2010. The work has since been translated into Thai and published by Thai publisher Nanmee Books.

The films are among the highest-grossing productions in the country’s movie industry. They have won several awards at local and international film festivals.