Although 2020 was a tough year for the entertainment industry in Viet Nam as well as the rest of the world, young Vietnamese singers gained outstanding achievements at international music award events. 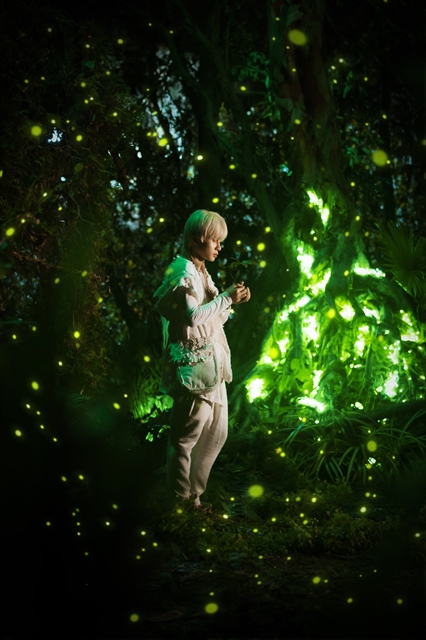 Young songwriter and singer Jack has released his latest MV Đom Đóm (Fireflies) as a gift to his fans. —Photo courtesy of the artist

The 24-year-old artist beat out nominees Violette Wautier from Thailand, Benjamin Kheng from Singapore, Agnez Mo from Indonesia, and bands K-Clique Malaysia and Ben&Ben from the Philippines.

Addressing his fans, he said: “I am so proud of all of you. I could not have achieved this honour if it weren’t for all of you.”

Thanks to his fans, Jack released his latest MV Đom Đóm (Fireflies) on December 26 to send his love and gratitude to his many admirers.

The MV ranked No 1 on trending on YouTube in Viet Nam 39 hours after its release, with 14.1 million views. It earned 24.7 million views in four days.

Đom Đóm is a pop ballad written by Jack and mixed by singer Khải Đăng. Directed by Nhu Đặng, the MV conveys a humanitarian message about forest protection.

Jack said: “I want to spread messages about environmental protection, and loving yourself through images of bright little fireflies.”

“2020 has been a very memorable year for myself. Firefly is a gift I want to send to my beloved fans who are always by my side and look after me. I put so much love and hope in my MV that every listener can feel it,” he added.

The songs’ MVs have attracted hundreds of millions of views on YouTube, which helped the duo win Best New Asian Artist Vietnam at the 2019 MNET Asian Music Awards.

The duo broke up in early 2020, and both artists are building their own solo careers.

On March 10, Jack released his first solo MV Being A Boy, which ranked No 1 on YouTube Viet Nam for nine hours after its release, with 4.5 million views.

The song, a blend of pop and disco, was written by Jack and mixed by music producer HOAPROX, whose composition appeared in the electronic music album “Electric Asia Vol.2: The Best New Hits from Asia” released by Billboard in 2018.

The song’s lyrics are about the disappointment and sadness of a man who witnesses his lover’s wedding.

Being A Boy has attracted 143 million views.

His second MV Hoa Hải Đường (Camellia) ranked No 1 on YouTube Viet Nam 16 hours after its release, with 8.2 million views.

The song was written by Jack and mixed by music producer DTAP.

Its music style is future bass combined with traditional music, while its lyrics are about the sorrow and nostalgia of a man who lost his lover.

Hoa Hải Đường has earned more than 127 million views since its release day on September 22.

“His solo career has impressed me deeply. All three songs are beautiful and the MVs have surprised fans like me. I’m happy for Jack with his great achievements in 2020,” Anh said. 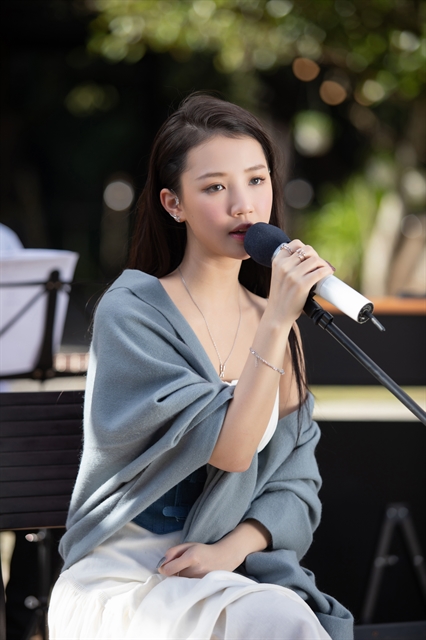 Amee, 21, is the youngest Vietnamese to be honoured at South Korea’s MNET Asian Music Awards (MAMA). She was named the Best New Asian Artist Vietnam at MAMA 2020. — Photo courtesy of St. 319 Entertainment

The year of 2020 saw great progress in singer Amee’s career.

Amee, 21, is the youngest Vietnamese to be honoured at South Korea’s MNET Asian Music Awards (MAMA). She was named the Best New Asian Artist Vietnam at the MAMA 2020.

“I’m a big fan of K-pop, so for me, the MAMA award is a dream. I am proud to be able to introduce Asian audiences to not only Vietnamese music but also the beauty of its traditional culture,” the singer said in the video when receiving the awards.

Amee, whose real name is Trần Huyền My, a Ha Noi native, became a trainee for St. 319 Entertainment at age 15.

She debuted in 2019 with the album “dreAMEE” with 10 pop ballads featuring the theme of love written by young composers Hua Kim Tuyền, Ly Ly and Grey D.

The album’s other songs like Đen Đa Khong Đường (Black Iced Coffee without Sugar) and Ex’s Hate Me have become hits among young Vietnamese.

The campaign #HappyAtHome launched by the Ministry of Health that promoted the song called for people to share happy moments at home and restrict activities in public areas.

The song brought Amee the New Artist of the Year title at the 15th Devotion Music Awards given by the Thể Thao & Văn Hóa (Sports and Culture) Newspaper in March. 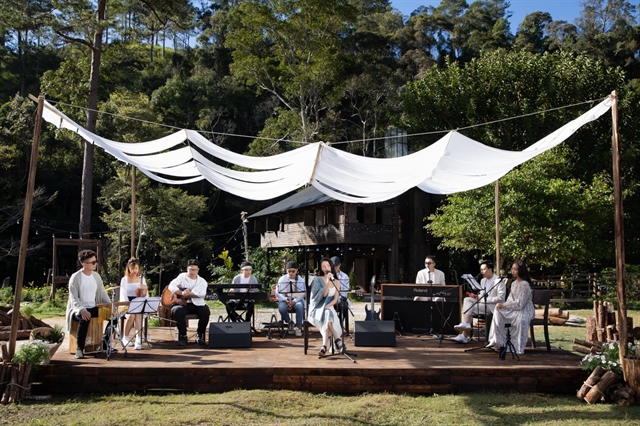 On December 13, Amee launched a video of her first mini concert called “dreAMEE”, her first live acoustic show on YouTube.

The show featured her seven favourite songs which were remixed in an acoustic style, attracting young singer Hoang Dũng and rapper Ricky Star. The video has attracted nearly 5 million views.

YouTube viewer Esther said: “It has been a long time that V-pop has seen something new. Amee is a truly special gem.” —