Home / Health
Death in toddler with viral meningitis reported in Vietnam
tranthuy02 1-05-2021, 13:02
One toddler in the Mekong Delta Province of Ben Tre died of viral meningitis, an inflammation of the lining of the brain and spinal cord. Worse, the country has recorded 150 cases of meningitis from the beginning of the year. According to the data from the Ministry of health to the government office, in April alone, Vietnam has recorded 64 viral meningitis cases including one death in Ben Tre Province. 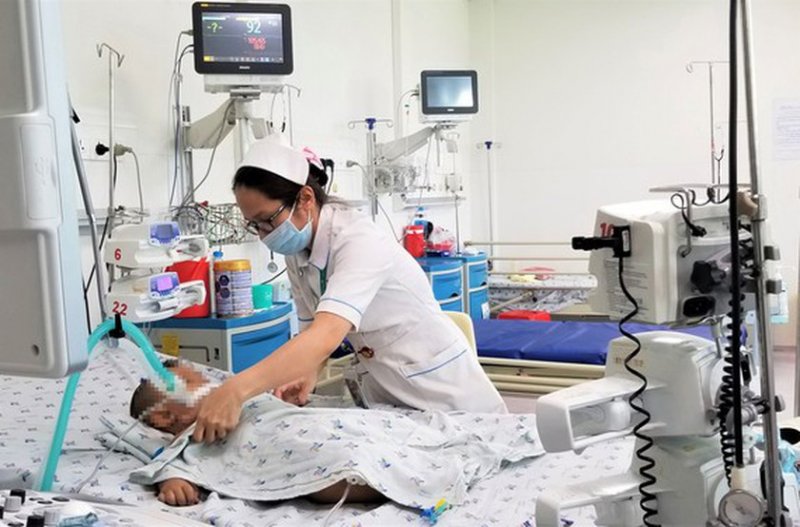 The southern region has recorded eight cases of meningococcal meningitis with one death in Ho Chi Minh City’s District 8. The country has seen a surge of meningococcal meningitis by 200 percent year-on-year.
There has been change in seasonal patterns from dry to wet season in the southern region; therefore, resulting in a spike in number of encephalitis and meningitis cases. Physicians of the City Children Hospital’s Department of Infectious Disease said that in the middle of April, the department admitted ten cases of viral meningitis and encephalitis. Presently, medical workers are being treating 20 cases. Prior, the hospital admitted two or three cases of meningitis who were transferred from the Mekong Delta provinces of Long An, Tra Vinh and Ben Tre Deputy Director of the City Children Hospital Nguyen Tran Nam warned that Japanese encephalitis can occur all year round, with a peak in the summer. The hospital has received one cases of Japanese encephalitis and one viral herpes encephalitis. There is no specific treatment for viral meningitis whereas the case-fatality rate among those with encephalitis can be as high as 30 percent Encephalitis and meningitis are on the upward trend in the Mekong Delta region. Associate Professor Cao Huu Nghia from Pasteur Institute in HCMC shared the peak of encephalitis and meningitis are from April to August. Averagely, 100 people are infected with the fatal disease and half of them died of it within 24 hours without timely treatment. Worse, 8-15 percent of patients with encephalitis died because of severe complications though they receive timely treatment. According to Dr. Nghia, meningococcal meningitis is considered as "death disease" because about 5-20 percent of the population in Vietnam carry meningococcal bacteria in their nose and throat without becoming sick. Meningococcal bacteria are very common and live naturally in the nose and throat. The bacteria are present in saliva and can be spread through close contact with the saliva of a carrier. Meningococcal disease can be difficult to diagnose because initial symptoms are usually similar to a bad cold or flu. The illness may develop slowly over a couple of days or may worsen rapidly over a few hours. Symptoms do not appear in any particular order and some may not occur at all.
Symptoms that may occur in adults and children include high temperature (fever) – possibly with cold hands and feet, headache, neck stiffness, sensitivity to bright lights, vomiting and sometimes diarrhoea, drowsiness and seizures (convulsions). Medical workers advised parents to take their children to clinics for vaccination to prevent the dangerous disease. Additionally, people should keep their personal hygiene.

By Thanh An - Translated by Uyen Phuong