Home / Health
Corneal transplant carried out from brain-dead donor
hanguyen0409 23-04-2021, 12:55
The Hue Central Hospital in the Central Province of Thua Thien – Hue yesterday announced surgeons had performed a corneal transplant from a dead-brain donor. Beforehand, physicians of the hospital’s Eye Center and Organ Transplant arrived at the donor’s house in the Central Highlands Province of Giai Lai on March 26 to carry out necessary tests for the selection of recipients. They then returned to the hospital to select potential recipients. 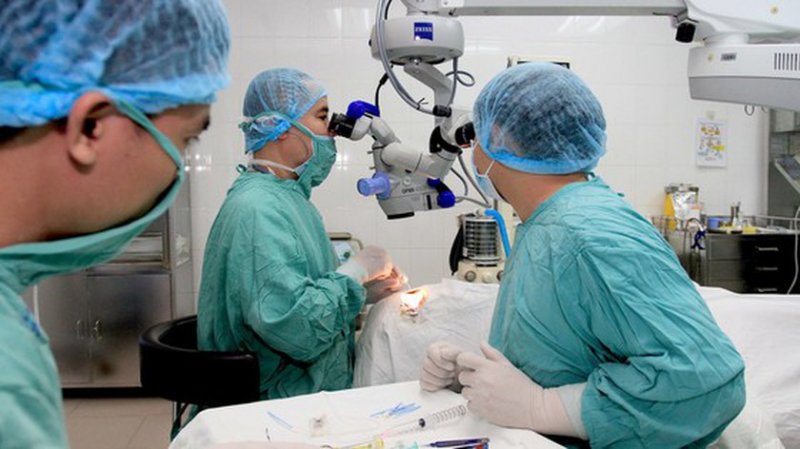 Corneal transplant is carried out from brain-dead donor One week later, a team of doctors came to the donor’s house to take the cornea when she passed away.
Two recipients include a 43- year-old woman in the Northern Province of Quang Ninh and a 64-year-old resident in Thua Thien – Hue. Surgeons carried corneal transplants on two patients on April 13 and 14. Director of the Hue Central Hospital Pham Nhu Hiep said that doctors and recipients feel deep gratitude towards the 25-year-old donor and her relatives. To express their gratitude, the two recipients both registered to donate their organs after they die.