Home / Health
Father saves his son's life by donating his kidney
doyen1988 8-04-2021, 14:27
A father, 37, decided to donate one of his kidney to save his nine-year-old boy. At a press conference held yesterday, the Ho Chi Minh City-based Children Hospital 2 announced a successful living-donor kidney transplant. The donor is a 37-year-old father and the recipient is his 9-year-old son of the Cham ethnic group in South Central Province of Binh Thuan. 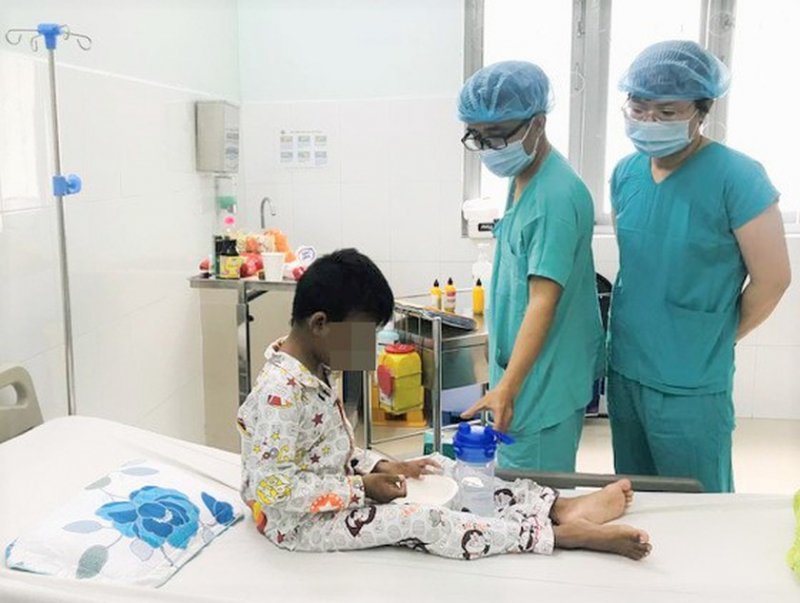 The boy recovers from the kidney transplant (Photo: SGGP) The mother of the boy took him to a hospital because she discovered he experienced excessive fatigue, loss of appetite and insomnia and sleep issues for more than a year. After he was diagnosed with chronic kidney failure, he has undergone peritoneal dialysis which uses the lining of his abdomen, or belly, to filter the blood from June 2020 four to five times every day Seeing his son enduring the pain, father Tho Minh Than decided to donate one of his kidneys to his beloved son. Surgeons of the Children Hospital 2 and Cho Ray Hospital together performed the transplant on March 23. Deputy Director of the Children Hospital 2 Dr. Pham Ngoc Thach said this is the hospital’s nineteenth kidney transplant which took 4-5 hours. After the kidney transplant, the child has a better appetite and his new kidney works well; it can make urine. According to doctors, he can go back to school 6 months later. The father is also recovering from the operation.