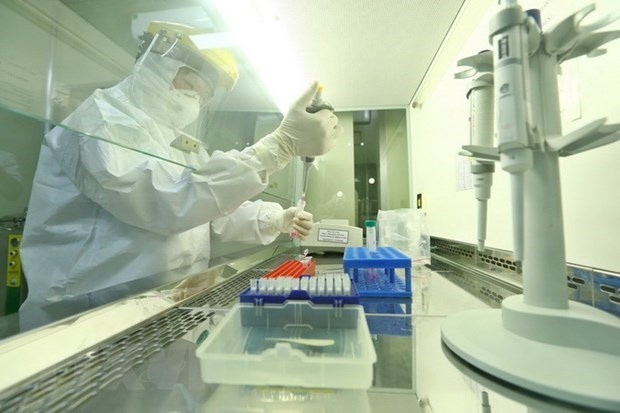 Ba Ria-Vung Tau (VNA) – The latest test results of the two Russians, who again tested positive for the coronavirus SARS-CoV-2 after they were given the all-clear, turned out negative, the Health Department of southern Ba Ria-Vung Tau province announced on January 12.

The 31-year-old woman and her one-year-old daughter came to Vietnam to reunite with her husband who is working for the Vietnam-Russia oil and gas joint venture Vietsovpetro in Vung Tau city.

They were sent to quarantine at a hotel in Cam Lam district in central Khanh Hoa province upon their arrival, and tested positive for the virus on November 26. They recovered on December 25.

After being given the all-clear, they were quarantined at a hotel in Loc Tho ward, Nha Trang city, Khanh Hoa province, and completed quarantine on January 7. During the quarantine period, both tested negative for the virus twice.

However, they tested positive again on January 10 while living in Ba Ria-Vung Tau province.

After learning about the relapse cases, the Vietsovpetro Medical Centre under the joint venture has promptly disinfected the areas where the two had visited, and conducted contact tracing.

Three F1 cases, including the husband and two health workers at the centre, were sent to a concentrated quarantine establishment in Ba Ria-Vung Tau and 24 F2 cases were quarantined at home.

On January 11, the province’s Centre for Disease Control took test samples of the two patients and three F1 cases, all of which then turned out negative/.