Vietnam’s Ministry of Health is negotiating the purchase of Covid-19 vaccine from four countries, Deputy Minister of Health Truong Quoc Cuong told media at a recent press briefing in Hanoi.

Vietnam has placed an order to buy some 30 million doses of Covid-19 vaccine made by the British company AstraZeneca, the Vietnamese health official said, adding that the Ministry is seeking to purchase vaccines from other sources. 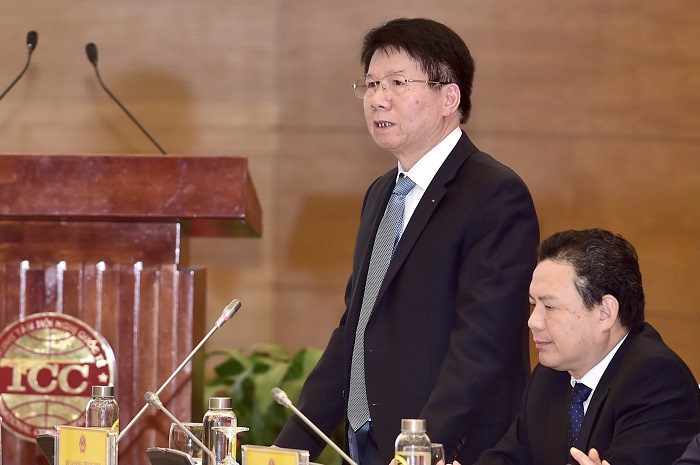 “We have signed an agreement to guarantee the vaccine for 15 million people, which is estimated to be some 30 million doses, between the first and fourth quarters of 2021,” said Mr. Cuong.

The Covid-19 vaccine from AstraZeneca and the University of Oxford is cheaper than that of other pharmaceutical companies and can be stored at refrigerator temperature, making it easy to transport and use, especially in developing countries. The vaccine developed by AstraZeneca costs between $ 2 and $ 3 per dose, The Guardian reported.

Mr. Cuong added that local authorities are also negotiating with other vaccine suppliers from China, Russia (Sputnik 5) and the United States (Pfizer). All negotiating parties were required to sign a confidentiality memorandum, with only some content that could be made public.

“The vaccines have various efficacy rates, ranging from 60% to 94%, but the protection rate is approximately 80-90%”, added Cuong. The health official also revealed that Vietnam would be eligible to buy vaccines from COVAX Facility, an international initiative led by the World Health Organization and partners to ensure equitable global access to vaccines, at “the cheapest price.”

Mr. Cuong also stated that his ministry is working hard to ensure Vietnamese people will soon access the Covid-19 vaccines.

In mid-December last year, Vietnam started trials of its first homemade Covid-19 vaccine on volunteers, expecting to apply it among the public in May 2021.

Nano Covax, the first vaccine produced by NANOGEN, has also been tested on volunteers as part of the human clinical testing campaign which originally began on December 17, 2020. All the volunteers are in stable health condition following injections.

The Institute of Vaccines and Medical Biologicals (IVAC) has asked the health ministry’s permission to conduct human trials at the end of January after completing tests on mice, rabbits and monkeys.

Vietnam currently has two other Covid-19 vaccines under development, by the Vaccine and Biological Production Company No. 1 (Vabiotech) and the Center for Research and Production of Vaccines and Biologicals (Polyvac).

The country has reported a total of 1,504 cases of Covid-19 infection with 35 deaths from the disease so far, according to its Ministry of Health.