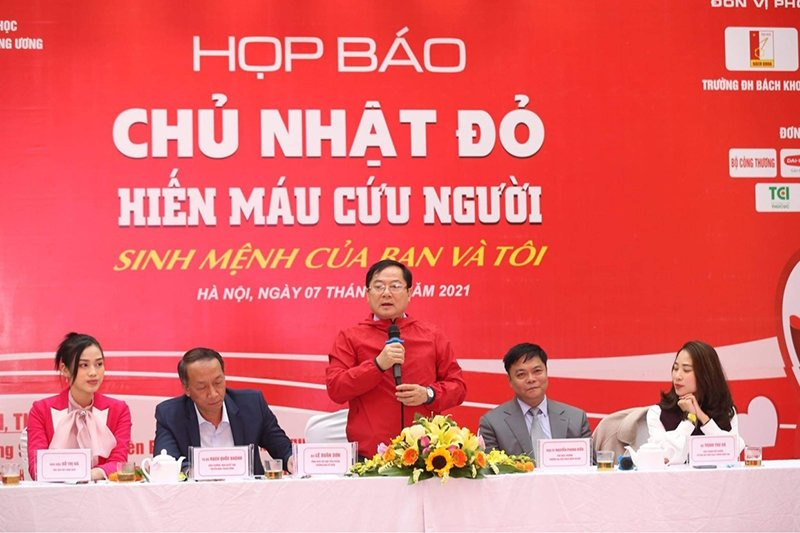 NDO – 80 donation collection points will be organised across the country under the 13th ‘Red Sunday’ blood donation programme in 2021, which are expected to receive over 50,000 units of blood.

This information was announced at a press conference on the 13th ‘Red Sunday’ blood donation programme in 2021, held in Hanoi on January 7 by the organising board, which includesTien Phong Newspaper, the National Traffic Safety Committee, the National Institute of Haematology and Blood Transfusion, the National Steering Committee for Voluntary Blood Donation and the Ho Chi Minh Communist Youth Union.

The 13th ‘Red Sunday’ blood donation programme runs from November 2020 to March 2021 to continue the Pink Spring Festival. The launching ceremony will officially open on January 17.

By the end of January 6, there were 16 blood donation points held with nearly 11,300 units of blood donated.

Along with many blood donation festivals, the organising board of the “Red Sunday” programme also organises visiting and giving gifts to patients in difficult circumstances; and also organises camps, cultural exchanges for young people, students and blood donors. The programme features the participation of many singers, artists, and models.

The new feature of this year’s “Red Sunday” programme is the first time the organising board has received platelet donation. Accordingly, instead of donating whole blood units as usually happens, those who qualify will only donate platelets.

In 2020, due to the Covid-19 pandemic broke out after the Lunar New Year, many provinces, cities and units were unable to organise the “Red Sunday” programme as expected, but the organising committee still continued received 46,999 blood units, reaching the set target.