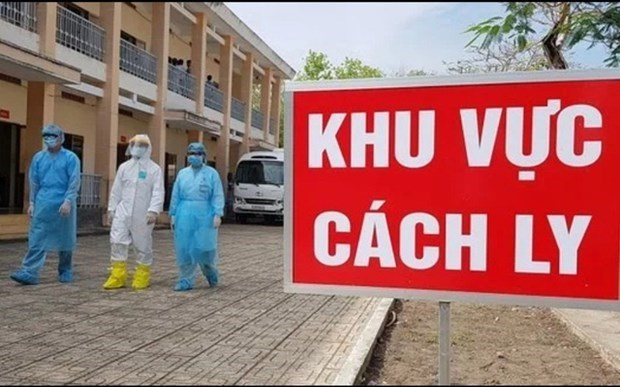 Hanoi (VNA) – The Health Department of Hanoi on January 5 coordinated with the Tourism Authority and the Capital Military Command to inspect and strengthen COVID-19 prevention and control measures at concentrated quarantine establishments after a returnee from the US was confirmed positive for the SARS-CoV-2 after being allowed to leave the quarantine facility.

According to the Hanoi Centre for Disease Control (CDC), the student entered Vietnam on December 21 through Noi Bai International Airport, and was quarantined at a facility in Hanoi. He tested negative for the coronavirus once while in quarantine there.

However, when the result of his second test was yet to be announced, he was allowed to leave the quarantine centre to return home in the northern coastal province of Quang Ninh on January 4 morning.

In the evening of the day, his test result came out positive. The student later was hospitalized in Quang Ninh.

Ho Chi Minh City’s Centre for Disease Control said that four people who had had contact with the patient at the quarantine facility in Hanoi tested negative for the SARS-CoV-2. They will continue to be quarantined for the next 14 days as regulated.

The Health Department of southern Dong Nai province on January 5 sent an urgent message to local hospitals and health clinics asking them to reassess disease prevention and control measures, and strictly conduct screening, quarantine and tests for all suspected cases./.