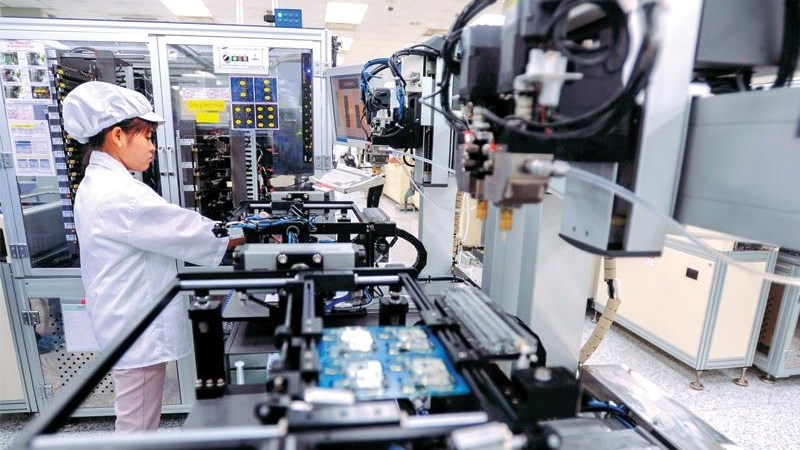 The foreign investment goes to 18 areas, with the largest investment of US$9.3 billion injected into manufacturing, accounting for 48.4% of total registered capital. (Illustrative image/Internet)

NDO – Singapore became the largest foreign investor in Vietnam in the first eight months of 2021 with total investment capital of US$6.2 billion as of August 20, accounting for nearly 32.5% of total foreign direct investment (FDI) in Vietnam.

According to the Ministry of Planning and Investment, foreign investors have poured US$19.12 billion into Vietnam as of August 20, 2021, equivalent to 97.9% of the figure for the same period in 2020.

Of the total, newly registered capital and supplemented capital saw increases while capital contribution and share purchases by foreign investors continued to fall during the eight-month period.

A total of 92 countries and territories have invested in Vietnam during the first eight months of this year, with Singapore being the top investor. Japan was the runner-up with total investment of US$3.2 billion, accounting for 16.8% of total FDI capital into Vietnam and up 94.9% compared to the same period in 2020. It was followed by China, Hong Kong (China), and Taiwan (China).