Billionaire Bill Gates says gas and supply shortages will cause countries in Europe to switch to renewable energy.

In an interview with CNBC on October 19, Microsoft co-founder Bill Gates said that Europe’s gas supply crisis is actually a “good thing in the long run”.

Once it is no longer dependent on Russian natural gas, he explained, continental Europe will gradually have to use renewable energy.

According to billionaire Bill Gates, the public “has been optimistic that the transition to renewable energy can be done quickly.” However, he also stressed that this process takes time, and there is a plan to speed up the conversion process.

The EU recently agreed to cut gas demand by 15% this winter “in preparation for the possibility of a complete shutdown of gas supplies from Russia”. 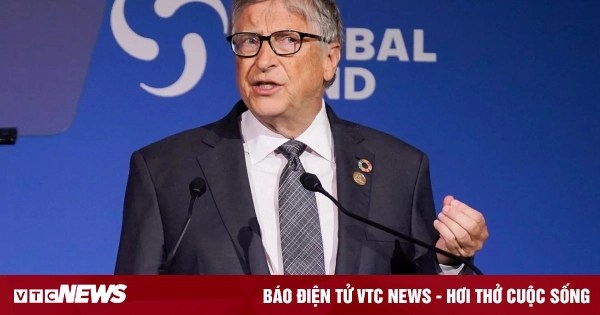 However, earlier this month, Germany’s natural gas regulator revealed that the country actually used 14.5% more gas in September than the five-year average, warning that shortages will be inevitable unless consumers cut back on demand.

Russia supplied about 40% of gas to Europe before it launched a special military operation in Ukraine in February. However, Moscow also drastically cut this flow before the incidents there. Nord Stream gas pipeline through the Baltic Sea. Russia explains that the reason for cutting gas flows is technical problems arising from Western sanctions against Moscow.

The European Commission (EC) has just announced a new package of emergency measures to reduce gas prices and ensure winter energy supply in the EU. These measures include a new legal instrument for common gas purchases, allowing European Union (EU) members to negotiate better prices and reducing the risk of high prices being forced into the global market.

The proposals also include measures that would allow the EU member to further reduce energy consumption to ensure an adequate supply of gas to essential industries and services. In addition, the EC proposes to establish rules to ensure that member states share supplies in the event of an energy emergency.

Bloomberg reported on October 18 that the EU will not introduce a bill to impose a gas price ceiling immediately as proposed by the EC.