While some well-known sources claim that Bitcoin’s recent downtrend is over, many experts see it slipping below $30,000.

In a Jan. 25 tweet, senior commodities strategist Mike McGlone of Bloomberg Intelligence looked at Bitcoin’s position relative to its 20-week moving average and noted that historically, levels mark the present as the turning point.

McGlone: ​​Bitcoin is ‘expanding a little’ at all-time high

Hoping Bitcoin will weather this year’s macro storm, McGlone’s data puts BTC in the same position that stopped the downtrend in March 2020 and July 2021.

These areas correspond to the incident that happened in March due to the Corona virus and the mass exodus of miners due to the Chinese government ban.

“Bitcoin is a promising asset with a market cap of less than $1 trillion versus roughly $100 trillion in global equities. A slightly expanded capitalization could give this cryptocurrency an edge. Our image shows a bottoming indicator for Bitcoin – about 30% below the 20-week MA.” 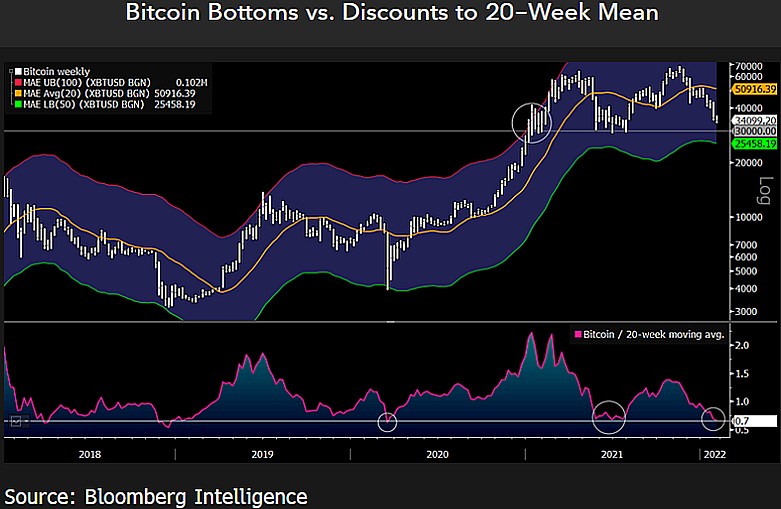 As reported, Bitcoin this month is in many ways repeating what happened from March 2020.

However, other sources continue to urge caution when predicting bearish periods in the cash market, including the popular Twitter-edited Material Scientist, creator of analytics platform Material Indicators.

In his opinion, a negative funding rate doesn’t necessarily mean Bitcoin will beat the bears with a bullish squeeze.

“I keep seeing people arguing about negative funding rates causing BTC to bottom. Half of the community used this logic to argue that $40,000 was the bottom, and it turns out that’s not true. This chart shows the number of negative funding rate pairs over time along with the BTC price chart above.”

The attached chart shows instances where a negative funding rate occurred before declining further in 2021. 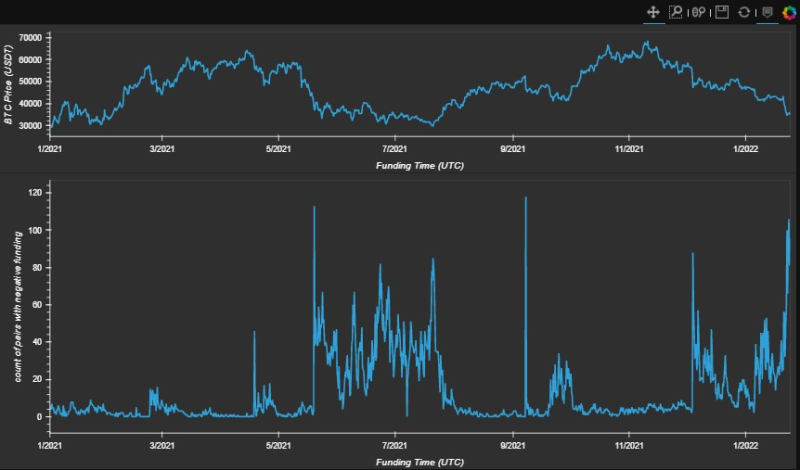 “No one knows when BTC bottomed. Sometimes it’s just an asymmetric view of a potential down/up trend,” added analyst and trader William Clemente at a news conference. tweets Today’s update recommends our traders to use Dollar Cost Averaging (DCA) to enter the market within the current range.

And at press time, Bitcoin is trading around $37,916, holding on to its gains from earlier in the week.