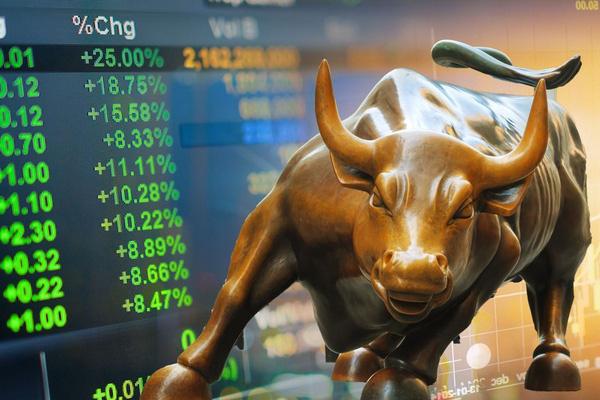 The market continued to prosper in the first session of the week. Stocks of VHM, VIC, BCM, HVN, and VJC traded actively, boosting the uptrend of the VN-Index.

The market continued to have positive movements towards the end of the morning session. Shares “Vingroup” had the most positive impact on the index’s gain, including VHM and VIC. Pausing the morning light, VHM shares increased to the ceiling price to 103,100 dong / share. Some other stocks also contributed to boost the index’s gain such as VNM, SAB, BCM, HVN, VJC, PLX and GAS. On the other side, BHN, NVL, BID were in red, restraining the index’s gain.

In terms of market breadth, the number of gainers overwhelmed on HOSE with 284 gainers, 147 losers and 61 unchanged stocks. Similarly, the VN30 group also had 22 gainers while 8 decliners.

Market liquidity continued at a high level. Total trading volume in the morning session reached more than 762 million units, equivalent to 15,247 billion VND. In which, the matching trade on HOSE was 12,243 billion dong.

The market continued to prosper in the first session of the week. In VN30 group, 23/30 stocks increased while 6 decreased and 1 ticker remained unchanged. VHM shares of Vinhomes increased the most in the group with the rate of 6.7%, trading close to the level of 103,000 VND / share. Many other stocks also gained over 3% such as ROS, TCH, VJC, and STB.

On the other side, securities and banking codes were in red like VPB, HDB, BID, EIB and SSI. In the securities group, many stocks with small market price still prospered such as PSI, ART, VIG, IVS.

Oil and gas stocks also increased sharply after the information about oil prices at the end of last week. Leading the uptrend in this group is shares of PVB. Currently, this code is trading around VND 21,200 / share, equivalent to an increase rate of 8.7%. Following that, shares of BSR rose 8%. The remaining stocks recorded an increase of over 2% such as PVD, PVS, OIL, and PLX.

Returning to the real estate stock trading, many small market-cap tickers in the daily group continued to prosper like FLC, HQC, SCR, PFL, QCG, and VPH. Industrial real estate stocks were differentiated with gainers such as BCM, PHR, NTC, GVR, SIP, and KBC. On the other side, VGC, SZC, SZL, LHG were in the red. BCM share increased to the ceiling price at 50,300 dong / share.