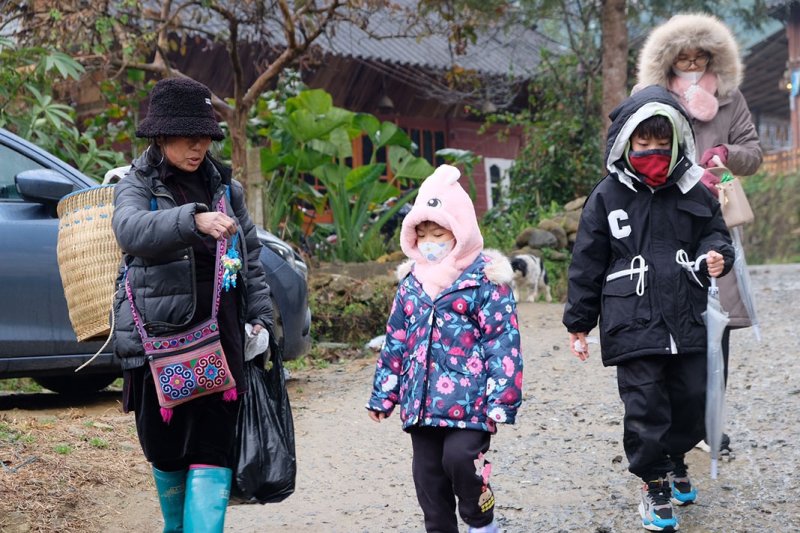 HCMC – Sapa, a tourist hotspot in the northern upland province of Lao Cai, attracted 30,699 visitors and booked VND100 billion in tourism revenue during the first three days of the Lunar New Year (January 22-24).

Of the total number of tourists, 8,000 are international travelers, according to statistics released yesterday, January 25, by the tourism information and culture division of Sapa Town.

To attract visitors during the Lunar New Year holiday, or Tet, Sapa held the Sapa Spring Festival, during which the government of the mountainous town coordinated with the relevant units to organize a variety of cultural and folk activities across local hamlets to introduce traditional culture and customs of ethnic minority people to visitors.

According to operators of lodging facilities in Sapa, they did not face an overwhelming demand during the Tet holiday. They said hotel bookings reached around 40% on the second day of the lunar new year and exceeded 95% from the third to the fifth day, with most bookings for mid- and high-end facilities in the center of Sapa, Thanh Nien newspaper reported.

At community-based tourism sites, hotel bookings averaged 45% during the holiday, with Ta Van and Muong Hoa communes receiving most bookings. From January 24 to 29, or from the third to the eighth day of the lunar new year, these locations recorded hotel bookings at over 80%.