Hanoi will further improve its partnerships with cities and regions of Australia, including the Gold Coast, Thanh told a meeting with mayor Tom Tate in Hanoi on December 6. 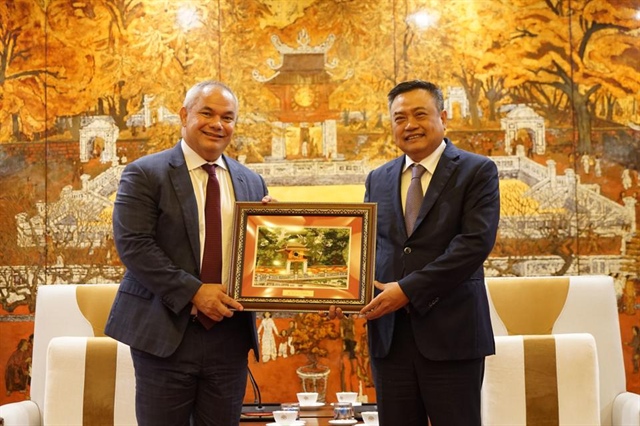 “Hanoi eyes to become a worth-living city and expand the friendship with all cities in the world,” he said.

There is a lot of potential for the two cities to strengthen their relationship in cultural activities, which may boost the confidence of the people and facilitate further cooperation, he said.

He hoped that the relationship between Gold Coast and Vietnamese cities, including Hanoi and Danang, would drive the partnership between Australia and Vietnam to the next level.

Regarding the activities that Gold Coast is interested in, chairman Thanh said that these are also major concerns for the authorities and people of Hanoi, especially education and waste treatment.

"With high-quality manpower and strong market demand, Hanoi has developed a hi-tech business community with the potential to partner with international enterprises in the said fields," Thanh said.