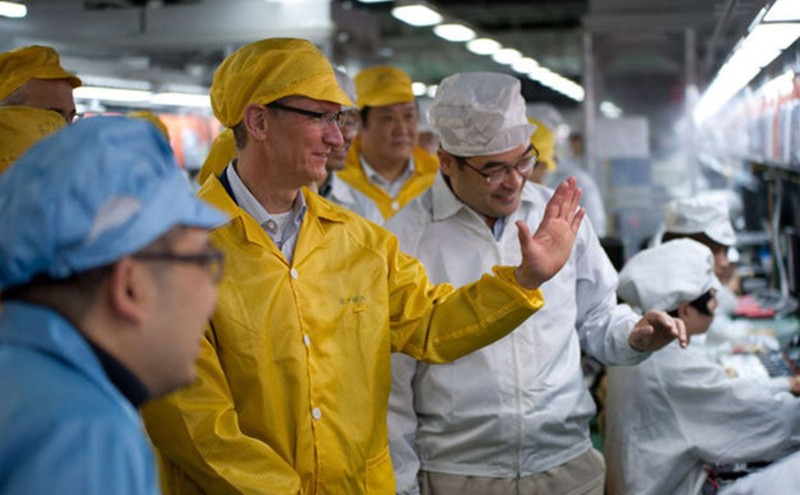 Percentage of Apple suppliers in Vietnam nearly doubled from 2019 to 2021, as the iPhone maker gradually reduced its dependence on Chinese ‘factory’. 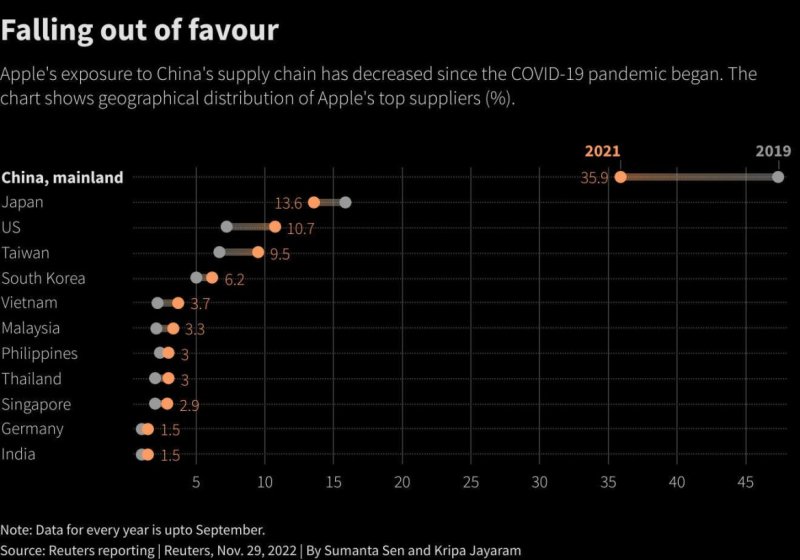 Countries are home to the largest number of Apple suppliers in the world. (Photo: Reuters)

The data shows that Apple and its partners are trying to diversify through investment in India and Vietnam and increase purchases from Taiwan (China), the US and elsewhere. It will restructure the global supply structure, although China will remain an important location for many years to come.

Thanks to the concentration of suppliers in China, where 70% of the iPhone is produced, Apple has won an important victory. However, that strategy is changing, not only because of the Covid-19 blockade but also because of the growing trade and geopolitical tensions between Beijing and Washington, threatening long-term risks.

Foxconn has begun its expansion in India, including plans to quadruple the staff at its iPhone factory in two years, according to Reuters. Meanwhile, J.P. Morgan predicts Apple will move about 5% of iPhone production to India from the end of this year and increase to 25% by 2025. Experts also estimate a quarter of Apple – Mac products, iPad, Apple Watch and AirPods – will be manufactured outside of China in 2025 instead of 5% now.

Apple’s annual data covers more than 600 locations. Apple does not disclose how much it spends on each supplier, and the list also changes from year to year. They include contractors that assemble iPhones, iPads, watches, and wireless headphones, as well as suppliers of chips, glasses, aluminum frames, cables, circuit boards and other components.