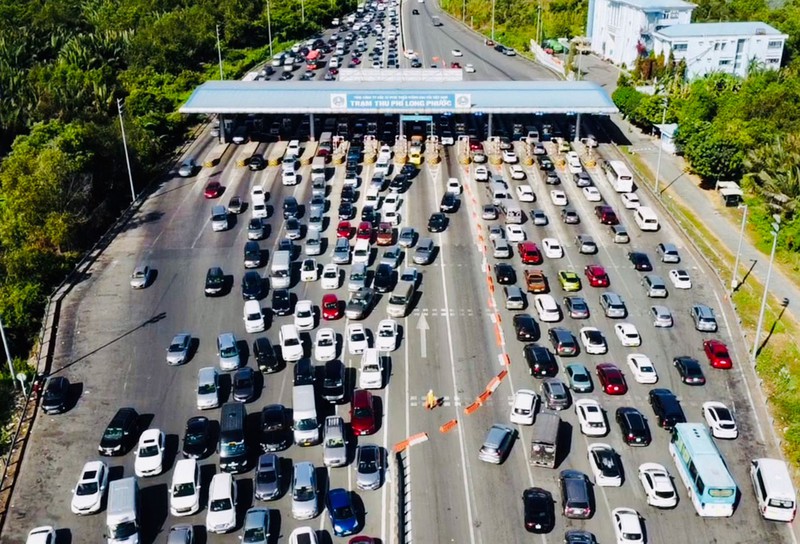 HCMC – Traffic congestion is the biggest challenge for the economic development of the nation’s southeast region, given that only 50 kilometers of expressway has been built among the six key provinces in the past 10 years, according to the prime minister.

The southeast region encompasses HCMC, Dong Nai, Binh Duong, Ba Ria-Vung Tau, Binh Phuoc and Tay Ninh, contributing up to 32% of the nation’s GDP. But this region has had only 50 kilometers of expressway constructed over a period of 10 years.

The only expressway linking the southeast provinces is HCMC-Long Thanh-Dau Giay, stretching 50 kilometers with four lanes for automobiles. The expy section, which was opened to traffic in 2015, is frequently congested with traffic, with an average number of vehicles reaching 40,000 to 43,000 on weekends and holidays.

The overwhelming of many national highways and the delay in construction of expressways and beltways has resulted in regional traffic infrastructure failing to accommodate increasing transportation demands.

According to the prime minister, the southeast region holds a lot of potential, but it also has disadvantages such as a restrictive mechanism for the region, lack of synchronization in infrastructure connection, resources mobilization’s reliance on the Government, and science-technology and human resources’ failure to correspond with political and social development.

Besides, the unsustainable socio-economic development, income inequality, climate change, flooding and environmental pollution are also great challenges for the southeast region. Related authorities are therefore asked to come up with breakthrough solutions for their localities.

To boost the southeast region’s infrastructure development, the prime minister assigned the Ministries of Finance and Transport to host a strategic traffic infrastructure development fund, as proposed by the HCMC People’s Committee. In the meantime, the Ministry of Planning and Investment was tasked with building a financial center to mobilize funds.