Malaysia was the ninth country to ratify the CPTPP. Only two among the 11 signatories to the agreement, Brunei and Chile, have yet to ratify the deal.

The Malaysian Government expects the CPTPP will help it boost trade and facilitate business access to new markets, such as Canada, Mexico and Peru. Cost-benefit analysis suggests that Malaysia can take advantage of the CPTPP to increase total trade value from US$481 billion in 2021 to US$655.9 billion by 2030. 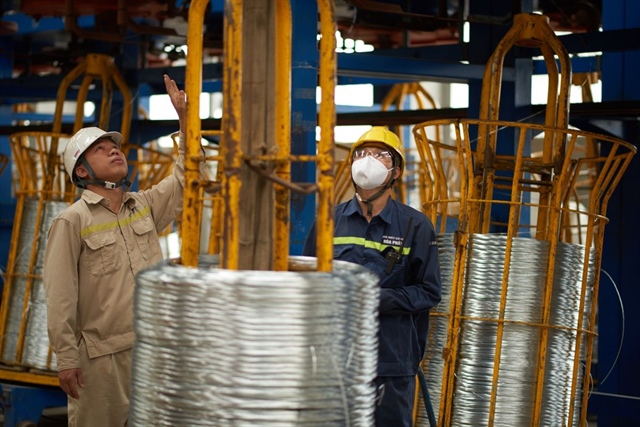 Steel is among Vietnamese exports to Malaysia

The Malaysian Government also believes the CPTPP will help increase access to the diverse sources of high-quality raw materials at competitive prices, while at the same time enhancing Malaysia’s attraction as an investment destination.

Other countries and territories are also seeking to join the Pacific Rim deal. In 2021, the UK, China, Chinese Taipei and Ecuador officially applied for admission. The Republic of Korea has also expressed its desire to join the trade pact. Some countries in the Indian Ocean and the Pacific, including three ASEAN nations, Thailand, the Philippines and Indonesia, also intend to apply for admission.

Malaysia is hoping for the admission of new members, such as the UK, China, Chinese Taipei and Ecuador, which it expects to create opportunities for Malaysian exporters.

In 2021, Vietnam became a major trading partner of Malaysia with bilateral trade reaching US$16.7 billion. This result, however, is modest compared with the great potential for bilateral cooperation.

Therefore, the two countries wish to boost bilateral trade in a balanced and sustainable manner, targeting US$18 billion by 2025. At the same time, cooperation will be intensified to increase trade in sectors where the two sides have advantages, such as farm produce and seafood, Halal products, and electronic components. Vietnam and Malaysia also pledged to work together on the initiative to build an information exchange mechanism in the field of trade defense. Malaysia is a major export market for Vietnamese goods

General Department of Vietnam Customs data show that in the first half of 2022, Vietnam exported US$3.01 billion worth of goods to Malaysia, an increase of 42.1 percent compared with the first half of 2021. Major Vietnamese exports to Malaysia include machinery, equipment and spare parts, computers, electronic products and components, iron and steel, petrol, oil, and chemicals.

From the beginning of 2022 to July 20, Malaysia invested in Vietnam through 16 new projects with total investment of US$1.03 million; five ongoing projects with capital increases totaling US$131.20 million; and 50 stock purchases and capital contributions totaling US$12.75 million. By July 20, Malaysia had 684 investment projects in Vietnam with total capital of US$12.98 billion, ranking 10th among 139 countries and territories with foreign direct investment in Vietnam.

The two governments have affirmed their commitment to further deepen political and economic cooperation through high-level meetings, and strengthening existing bilateral cooperation mechanisms, especially the Joint Commission for Economic, Scientific and Technical Cooperation (JCM), and the Joint Trade Committee (JTC).

The CPTPP was signed in March 2018 between 11 member nations with a total population of 495 million, accounting for 13.5 percent of global gross domestic product. The trade pact sets rules on non-tariff trade and investment, as well as on data flows.