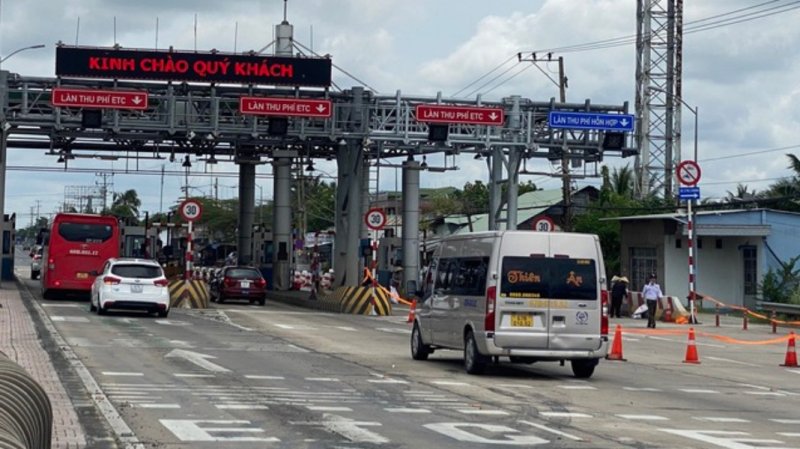 CAN THO – Since toll collection officially resumed on October 7, the two Cai Lay BOT stations have collected nearly VND9.5 billion, averaging out at VND700 million a day, according to the main investor of the project.

The number of vehicles passing through the toll stations reaches roughly 19,400 a day, some 600 lower than the figure during the trial period, said Le Trung Duy, director of Tien Giang National Highway 1 Investment Co., Ltd. as the investor.

The operation of the toll collection stations has remained stable since their resumption, Duy said.

The Cai Lay BOT project required an investment of nearly VND1.4 trillion, excluding VND60 billion for the setup of the new toll collection stations and VND500 billion being the interest on bank loans during the suspension of toll collection.

With an average revenue of VND700 million per day, the stations are expected to collect roughly VND255.5 billion yearly. That means it takes only around 5.5 years to fully recoup the investment, although the payback period was initially estimated at nearly 6.5 years.