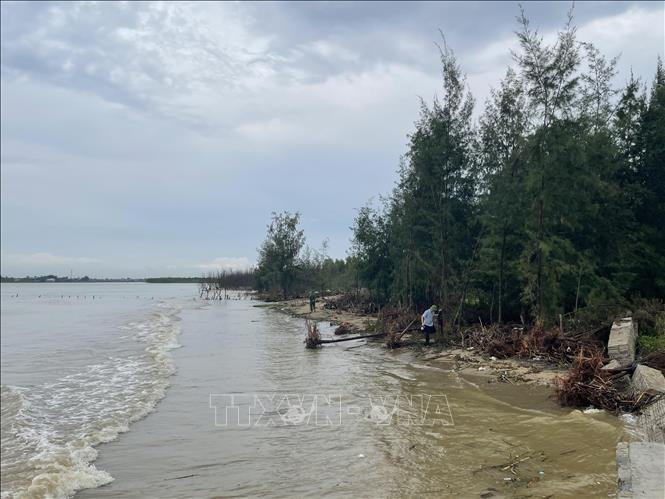 HCMC – Saltwater has entered deep into the estuaries of central coastal provinces, leaving over 150,000 meters of collapsed hills and causing havoc for the locals.

Waves have eroded the 1.5-kilometer-long coastal line, flooding some places and pushing saltwater up to 100 meters onto the land.

In Danang, many sections of the coastline along Vo Nguyen Giap Street have been seriously eroded by waves and influences of Storm Sonca and a tropical depression, the news site Baodanang.vn reported.

Meanwhile, floods have affected sea dykes along the estuary of Lam River of Ha Tinh Province and swept away many breakwaters.