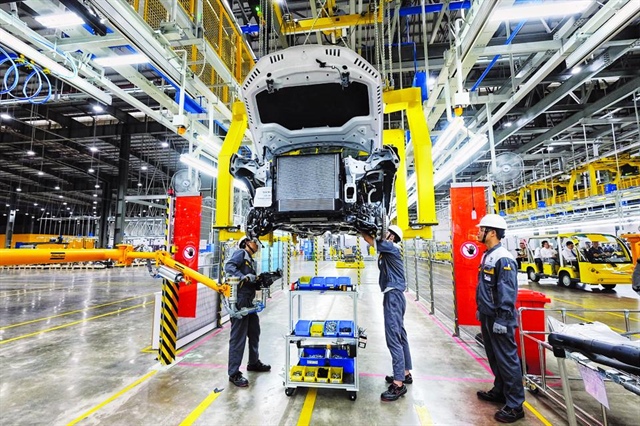 In August, the country’s industrial production index (IPI) increased by 15.6% – nine percentage points higher than in July, for which the report suggested such a high growth rate is mostly due to the low-base effects as industrial production was severely affected by Covid-19 health-related lockdowns a year earlier.

The most dynamic sub-sectors included electronics (12% month on month) and transport equipment (15%).

In addition, retail sales increased by 50.2% year-on-year in August, compared to 40.3%  in July. On the other hand, the arrivals of international tourists continued apace in August with 486,400 international visitors, which was 37.9% higher than in July, yet only one-third of pre-pandemic levels.

Traveling also soared, approaching its pre-pandemic level, while sales of goods maintained a strong growth of 31.9%.

On another note, the World Bank noted FDI commitments were 12.3% lower than a year earlier over the first eight months of 2022, reflecting investor caution given global uncertainties, but on the other hand, FDI disbursement continued apace in August (up 13.9% year-on-year), marking a nine-month rising trend.

The Consumer Price Index (CPI) inflation moderated from 3.1% in July to 2.9% in August mainly due to softening energy prices. Following the downward trend in the global market, prices of gasoline and diesel, important components in the transport category, dropped by 14.5% and 12.9%, respectively, compared to a month earlier, easing costs on consumers.

Nevertheless, the second-round effects of recent fuel price increases wended through the economy while domestic demand continued to strengthen, affecting food and core price increases. Food price inflation ticked up slightly from 3.0% in July to 3.3% in August as the price of foodstuffs and food consumption outside the home increased.

For the remainder of the year, the World Bank expected the Government to stay vigilant about inflation risks associated with food and core prices. Also, while fuel prices have softened recently, global fuel price movements are uncertain. Incentivizing alternative energy production and use would reduce the economy’s dependence on imported fuels and promote greener growth, added the World Bank.

Strengthening the social support system, including its registration, targeting, and disbursement systems would facilitate reaching affected citizens during such shocks, it stated.