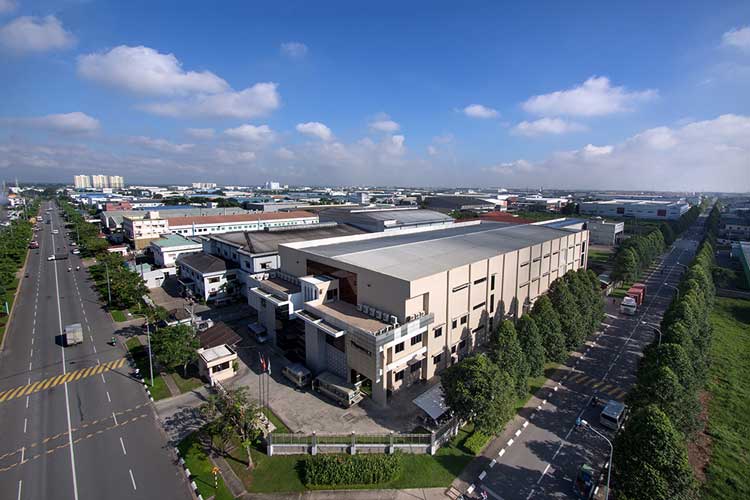 The industrial real estate sector will likely continue to pick up in the remaining months of the year thanks to the ongoing global supply chain disruption and diversification, and the trade deals that Vietnam has signed, experts said.

Energy price uncertainty due to geopolitical issues and concerns on economic growth, China’s persistence in pursuing a zero COVID-19 policy coupled with a global trade slowdown have been fueling the disruption and diversification, they added.

In Vietnam, industrial real estate leasing has seen a hike in demand and rental prices, especially for logistics and warehousing.

According to CBRE Vietnam, a commercial real estate services and investment firm, in the third quarter, its industrial leasing enquiries are improving in both quantity and sizes. Land acquisition enjoyed 10 per cent year-on-year growth so far this year and 7 per cent growth for ready-built factories/warehouses.

Vietnam continues to be an appealing destination for industrial real estate investors, according to global real estate services firm Cushman and Wakefield.

It attributed this to the country’s stable growth rate, an export-oriented economy, a rise in free trade agreements, a young labour force, investment incentives and strategic location.

To seize this opportunity, the north-eastern province of Quảng Ninh has emerged as a vibrant industrial property market as the province is transforming its rural tourism-based economy and industrialising to attract foreign investment.

Speaking at a recent conference to promote investment in Quảng Ninh, Chau Thanh Hưng, deputy head of the Quảng Ninh Economic Zone Authority, said the province has a strategic geographical location as a gateway connecting China and Southeast Asia.

It has extensive transport infrastructure with an international airport, seaports, the Móng Cai international border gate and modern facilities.

It is home to major economic zones such as Quảng Yen, Van Đồn and Móng Cai and 15 industrial parks (IPs).

These port-IP eco-systems would help reduce logistics costs for manufacturers.

As of the end of June, it had 150 foreign direct investment (FDI) projects worth $8.26 billion by investors from 20 countries and territories.

Vietnam lured more than $14 billion of FDI in the first half, of which the Northern region attracted $6.7 billion, slightly higher than the Southern region with $6.5 billion.

The Northern region currently has about 63,500 ha of planned land for 238 industrial zones and clusters which are operational or in the process of site clearance and construction, according to a report by the Ministry of Industry and Trade.