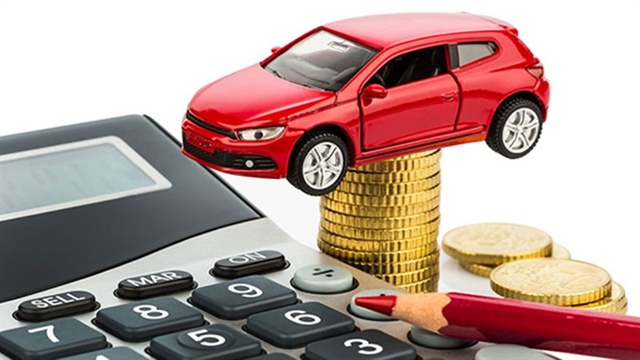 Mr. Đậu Anh Tuấn, Deputy General Secretary of the Vietnam Chamber of Commerce and Industry (VCCI), said that SCT has contributed to production and consumption in society, as well as helped in regulating consumer income and in increasing revenue for the state budget. However, the business community expects that SCT meet better and more appropriate requirements such as ensuring a stable and favorable business environment, and create harmony in the interests of the state, people, and businesses. According to Mr. Tuấn, a good excise tax method needs to take into account feasibility, compliance, fair competition, reliability, predictability, and compliance with international practices, in addition to objectives such as consumption behavior and increasing of the budget revenue.

Ms. Nguyễn Thị Cuc, Chairwoman of Vietnam Tax Consultant Association (VTCA), emphasized that increasing excise tax to limit consumption of cigarettes is a necessity. However, besides a reasonable tax policy, other measures also need to be implemented in a synchronous manner such as propaganda across all levels of the population about the harmful effects of tobacco. There should also be control of smuggled cigarettes and strict implementation of fines for smoking in public places.

According to Ms. Cuc, with the increase of tax on tobacco products alone there should be a clear roadmap so that production and business enterprises can adjust and arrange production and business activities such as ensuring and stabilizing production. This will contribute to the state budget, while bringing about control of smuggled cigarettes, avoidance of tax revenue and loss, and at the same time contribute to better public health. This roadmap needs to consider both time factor and regulatory tax rates.

Ms. Le Thị Thuy Van, Deputy Director of the Institute of Financial Strategy and Policy under the Ministry of Finance, said that the method of calculating excise tax on cigarettes all over the world is quite diverse. However, Vietnam has only applied the method of excise tax on cigarettes at a percentage level. This method is revealing many limitations such as not keeping up with the rate of inflation and encouraging the increase of cheap cigarettes currently available in the market.

In particular, this tax approach increases youth access to smoking, and increases the prevalence of secondhand smoking among children. Meanwhile, the absolute tax method, especially the mixed tax method, is currently being used widely in many countries due to its benefits.

According to Ms. Quỳnh Van, the tax method calculated as a percentage is not to promote investment in production and improve product quality, because when investing in quality improvement, the cost will be high and the selling price must increase accordingly, leading to a larger tax burden according to the multiplier effect of the tax structure. Therefore, Ms. Quỳnh Van suggests reforming the tax structure by encouraging quality improvement to reduce adverse effects on health and switching to a mixed system and use of absolute tax to regulate the consumption market in a reasonable way.

At a seminar, Mr. Hồ Le Nghĩa, Chairman of the Vietnam Tobacco Association, said that if excise tax is increased it will be necessary to balance between regulating state budget revenue and developing production and businesses. The Association recommends that the authorities come up with a roadmap for tax increase, as well as decide an appropriate level of excise tax increase for tobacco products because the Vietnamese market has many different price segments. Authorities must avoid creating opportunities for smuggled cigarettes to increase consumption, which will lead to a tax loss.

Mr. Nghĩa suggested that the association propose to the State and relevant agencies to apply stronger and more drastic measures by using part of the money from the Tobacco Control Fund to promote the fight against smuggled tobacco. This will increase state budget revenue from the legal tobacco industry, instead of accelerating tax increases and imposing new revenues on legal tobacco products. According to Dr. Nguyễn Đình Cung, former director of the Central Institute for Economic Management, increasing SCT is a tool but increasing taxes can increase smuggling. Increased smuggling will reduce legal production and consumption, thereby reducing tax revenue. In addition, the tax-increasing spiral may push smokers to switch to cheap drugs that greatly affect the health of the general public.

According to Mr. Cung, statistics over the last few years show that the number of cigarettes consumed have not decreased although smuggling has increased, and budget revenue has also not increased, although tax revenue has fallen. To summarize, tax increase in recent years has not met the target and may not be the top priority in state management of tobacco consumption.

Today, 17:08
Here are the world’s weirdest food and drink that you only see in Vietnam