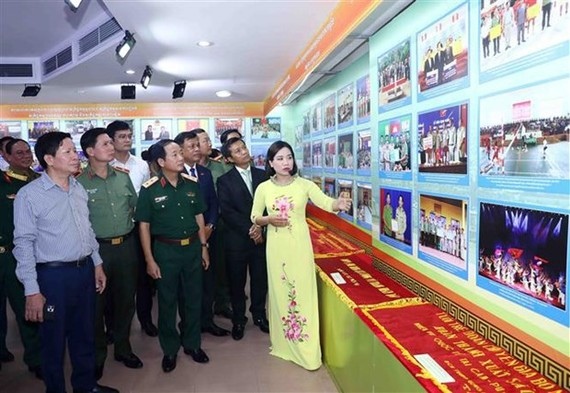 Visitors take a look at photos displayed at the exhibition on cooperation milestones among public security forces of Vietnam, Cambodia and Laos. (Photo: VNA)

About 300 photos and over 500 documents, items and publications are on display at a Hanoi exhibition showcasing milestones in the friendship and cooperation among public security forces of Vietnam, Cambodia and Laos.

Vietnam has boasted long-standing and close friendship and cooperation with the other two countries in various areas, particularly national defence and security, remarked Lieutenant General Nguyen Ngoc Toan, Director of the Vietnamese Ministry of Public Security’s Department of Party and Political Work, at the opening ceremony.

On the basis of treaties and agreements signed by the three countries’ leaders, the Ministries of Public Security of Vietnam and Laos, the Cambodian Ministry of Interior and authorities and peoples of shared border regions have been actively coordinating to intensify security and social order and prevent sabotage schemes, contributing to protecting the stability and development of each country and the region, he said. 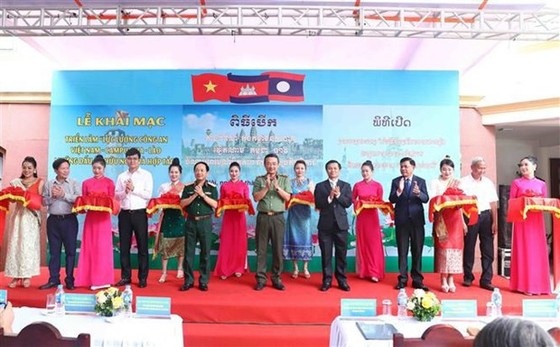 In addition to security maintenance and crime combat, the three sides have made concerted efforts in personnel training, logistics, medical and technical matters in order to build strong and capable public security forces, Toan added.

The exhibition is divided into three sections, with the first demonstrating the three Parties, States and Governments’ attention and appreciation for the forces. The second and the third focus on the Vietnamese force’s collaboration with those from Laos and Cambodia, reflected through high-level delegation exchanges and the support for each other in crime fighting.

The event is taking place at Museum of People’s Public Security in downtown Hanoi until September 11.