Currently, only about 500 firms in Vietnam are engaged in support industry production, accounting for 0.2 percent of approximately one million enterprises and providing average localization rate of 36 percent, lower than China’s and India’s.

According to a report by the Organization for Economic Cooperation and Development (OECD), Vietnam's priority policy for the development of support industries is on point but needs to be improved in some aspects.

The budget for the program, for example, is relatively limited and only allocated for tax incentives and loan subsidies and excludes other supplier development activities, such as capacity improvement.

The definition of support industry is too rigid and leans toward manufacturing, while the service sector can also take on the task of export logistics, according to authors of the OECD’s “Small and Medium Enterprise Policy Report in Vietnam”.

The monitoring and evaluation of supporting industry policy can also be further improved and coordinated with other relevant government programs for potential domestic suppliers. A more integrated approach is needed to build a vertically integrated supply chain, the report states.

Vietnam's growth model is based on attracting foreign direct investment (FDI) and promoting exports, requiring its participation in global value chains. However, the participation is only at an elementary level. In fact, Vietnam often imports input materials as an intermediary, then assembles them domestically and exports them. The content of domestic production in national exports is therefore very low, indicating that Vietnam has not yet taken advantage of the transfer of knowledge and technology. 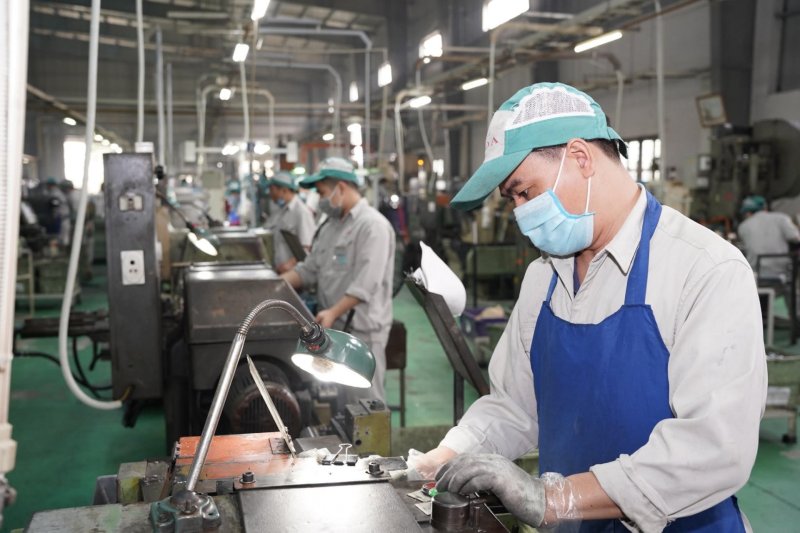 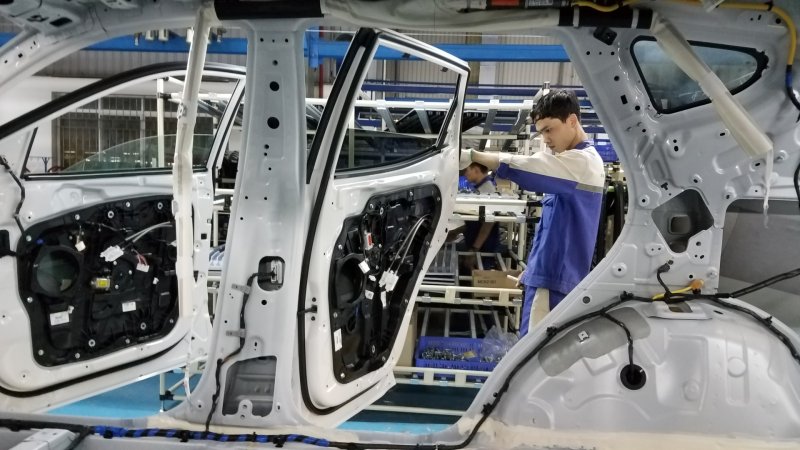 Priority is given to the development of key support industries

According to the MoIT, without effective and synchronous policies from the central to local levels to promote the development of support industry, Vietnam risks missing out on large investment capital flows from shifts in the global value chain, as well as on innovations of industrial development models.

Hung Yen Province, one of the key economic regions in northern Vietnam, has introduced favorable policies to attract industrial enterprises capable of producing and supplying components and spare parts for several domestic industries. These include support industries for mechanical engineering groups, electrical and electronic equipment, textiles and garments, leather and and footwear, auto manufacturing and assembling, and high-tech industries.

The city of Hai Phong has also emerged as a new support industry development center in the north with a focus on developing the transportation sector, such as car manufacturing and shipbuilding.

The Ministry of Industry and Trade expects localities to raise awareness of the importance of industrialization and economic restructuring and formulate policies and programs to further develop support industries.

Today, 09:56
Discover the beautiful paradise of cloud and Swertia flower in the Northwest region

Today, 09:30
Spectacular competitors on the Ultimate Highway to Olympia 2022

Today, 08:57
Take a look at vermicelli and pho dishes that are “paradoxical” but taste “out of sauce” in Hanoi

Today, 08:46
3 ravishing bays in Vietnam are on the list of “Club of the most beautiful bays in the world”

Today, 08:15
Thousands of people cheered to pick up the ‘sea fortune’ after the storm