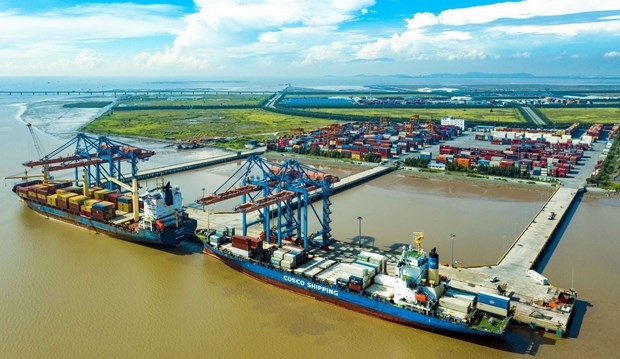 NDO/VNA – Vietnam enjoyed a trade surplus of 764 million USD in the first seven months of 2022, the General Statistics Office (GSO) reported on July 29.

According to GSO, the country earned 216.35 billion USD from exports, while spending 215.59 billion USD on buying goods from abroad, representing year-on-year increases of 16.1% and 13.6%, respectively.

In the period, there were 30 export commodities recording over-1-billion USD turnover, accounting for 91.9% of the total export value.
The US remained the biggest importer of Vietnamese commodities in the last seven months, with an estimated value of 67.1 billion USD.

Meanwhile, Vietnam imported the most from China with an estimated value of 72.6 billion USD.