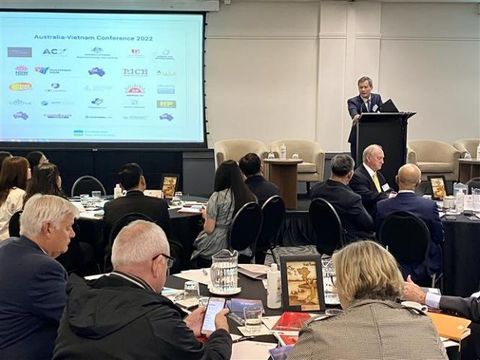 The two countries have been and will stay committed to an open trading system and have ratified a number of regional and international trade agreements including the Comprehensive and Progressive Agreement for Trans-Pacific Partnership (CPTPP).

As the two countries' premiers met on the side of the 2021 United Nations Climate Change Conference (COP26), they reiterated a bilateral goal to strengthen trade and investment, especially in the fields of energy, agriculture, forestry, seafood, manufacturing, tourism, digital economy and science and technology.

In the first five months of the year, export-import turnover between the two countries reached a record high of AUD$9 billion (US$6.22 billion), a 32.18 per cent increase from the same period last year despite severe disruptions in global commerce because of the pandemic.

Business representatives said it's time the business communities from the two countries explored more trade and investment opportunities and realised the vision set in the Australia-Vietnam Enhanced Economic Engagement Strategy.