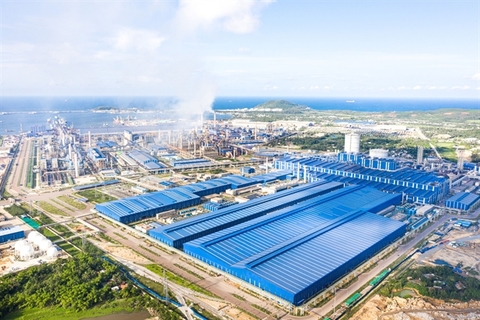 The southern bourse’s index declined slightly by 0.1 per cent to end Wednesday at 1,292.68 points.

Market breadth was negative with 123 gainers and 332 losers, while 53 shares ended flat.

Traders in the options market showed little appetite to bet on an end to the continuing stock market sell-off on Thursday. Liquidity stayed low with more than 572.5 million shares traded on the southern bourse, worth VND16.5 trillion (US$711.2 million).

“In general, the gaining movement was still struggling and cautious, reflected in low liquidity and fall compared to the previous session. With this cautious move, it’s expected that the resistance zone of 1,300 - 1,320 points will continue to put great pressure on the market in the near future.

“Therefore, investors should still limit buying as the market is approaching the resistance zone, and in the meantime should prioritise profit-taking and restructure the portfolio towards minimising risks in the near future,” it said.

On the Ha Noi Stock Exchange, the HNX-Index decreased 1.14 per cent to end Thursday at 311.77 points.

Liquidity was higher than the previous session with 87.8 million shares worth nearly VND.2 trillion being traded on the northern market.