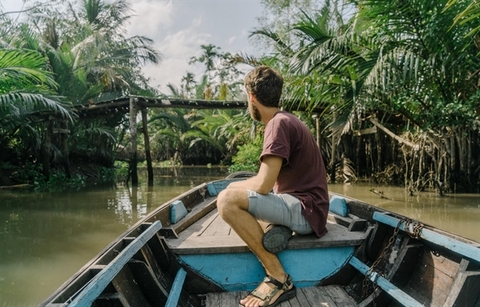 The latest update from the General Statistics Office (GSO) showed that international arrivals to Viet Nam reached 172,900, representing a rise of 70.6 per cent over the previous month.

Viet Nam saw a whopping rise in the number of international arrivals since the country reopened tourism in mid-March with the resumption of international flights. The SEA Games 31 also helped attracted a large number of foreigners to Viet Nam, according to GSO.

International visitors mainly came by air, accounting for around 87.8 per cent, 6.3 times higher than the same period last year.

According to Nguyen Trung Khanh, director general of Viet Nam National Administration of Tourism, the number of foreign tourists remained modest compared to the pre-pandemic levels. However, the rapidly increasing rate demonstrated that the international tourism market is warming up.

Data from Google showed that there were rapid increases in the search volume for holidays in Viet Nam, making the country one of the most-searched destinations since international tourism was reopened on March 15.

Revenue from accommodation and catering services increased by 69.3 per cent in May, making the revenue for the five-month period rise by 15.7 per cent. Tourism revenue jumped by 34.7 per cent in the January-May period.

With loosened virus control measures, airlines have increased flights on international routes as well as opening new ones.

Vietnam Airlines said that it has increased the frequency of flights on eight routes to Japan and South Korea from mid-May and will restore three routes to South Korea from the beginning of June. The airline plans to operate daily flights between HCM City and San Francisco from 2023, up from the current four flights per week.

Vietjet also said that it would open two flight routes from Ha Noi to Nagoya and Fukuoka (Japan) from the beginning of July.