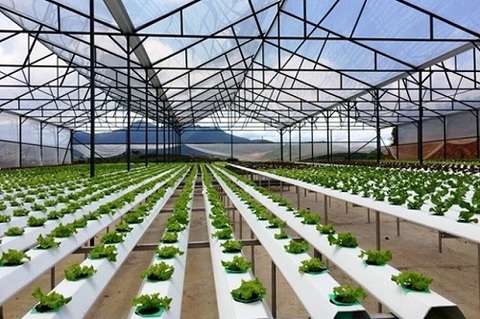 It will enable Central Highlands provinces to showcase their potential and strengths in agriculture, creating favourable conditions for domestic and foreign investment in the value chain.

The highlands is a major agricultural production centre with a wide variety of agro-products associated with processing, not to mention a rising eco-tourism industry.

The region is blessed with good climate for growing fruits, industrial plants, forests, and herbs, and ranks first in the country in coffee, pepper, avocado, and passion fruit output.

Despite various difficulties, last year its agriculture performance remained strong as the coffee, pepper and rubber markets experienced strong recovery, resulting in exports growing by more than 20 per cent from 2020.

The region accounts for 95 per cent of the country’s coffee output, 22 per cent of rubber and 68.6 per cent of pepper. In fruit production, its dominance is equally pronounced.

Its livestock production is on the rise.

It is looking at connecting agricultural production and consumption through a trade fair in which many domestic and foreign enterprises participated to introduce goods made in the Central Highlands under the One Commune – One Product (OCOP) programme.

There will also be an investment promotion conference.

Deputy Chairman of the Gia Lai People's Committee Kpa Thuyen said the province switched to crops with high economic efficiency on 38,638ha of land in the 2016-21 period.

Besides, the province has 32,720 ha where crops are grown using advanced technologies and 227,176ha where safety standards are met, he said.

It would focus on processing of rubber, coffee, cashew, pepper, fruits, and livestock and poultry, he added.