According to the Vietnam Industry Agency (VIA) under the Ministry of Industry and Trade (MoIT), about 2,000 Vietnamese enterprises currently produce spare parts and components, but only about 300 have joined the production network of multinational corporations. The links between upstream and downstream stages in the production chain are loose, and businesses are still struggling with supply-demand connections. At present, few domestic suppliers can participate in the supply chain of automobile manufacturers and assemblers in Vietnam. 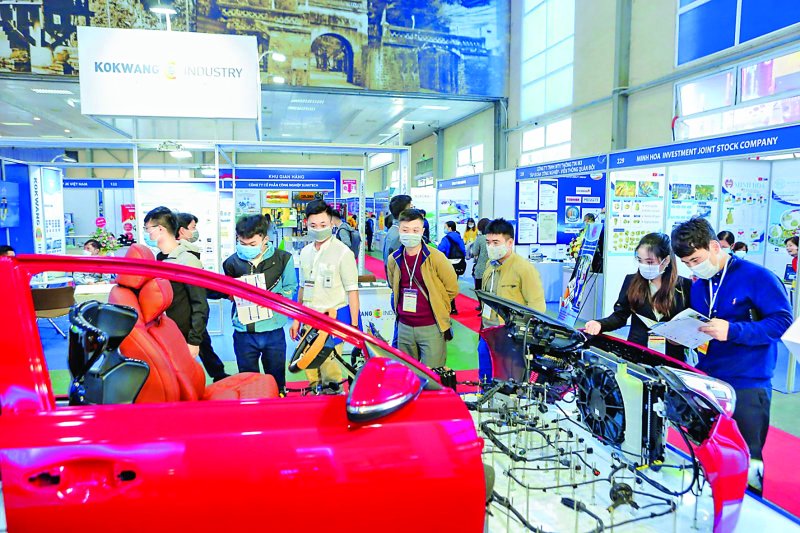 In order to resolve the problems of support industries in the automobile industry, the VIA and Toyota Motor Vietnam are implementing a joint project to develop the capacity of auto part manufacturers to join domestic and foreign auto supply chains. Kicking off a series of events in 2022, the IDC Center, the VIA and Toyota Vietnam held an online talk show on connecting VIA suppliers with Toyota.

The project includes mapping potential suppliers of auto spare parts and components for automobile manufacturers and assemblers in Vietnam; seeking and supporting tier 2 and tier 3 potential suppliers and introducing them to tier 1 suppliers; and providing training support under a number of Vietnamese suppliers’ development programs.

Director of Toyota Vietnam’s Administration Division Junichiro Yamamoto said since its establishment, the company has made continuous effort to contribute to the development of Vietnam’s automobile support industry and constantly strengthened the network of domestic suppliers to achieve sustainable long-term industry development.

In the 2020-2021 period, despite many difficulties due to the COVID-19 pandemic, Toyota Vietnam recruited 12 new suppliers (including six locally invested Vietnamese suppliers). So far, the automaker has the highest localization rate of all foreign-invested automakers in Vietnam, with more than 724 components (such as bodywork, chassis, seats, batteries and more). During the same period, 324 new components were localized.

This project provides Vietnamese enterprises with an opportunity to approach standards of the global supply chain, thereby gradually improving their competitiveness and meeting strict customer requirements in terms of price, technology, quality, delivery and social responsibility.

In 2022, the Vietnam Industry Agency will coordinate closely with a number of multinational FDI enterprises