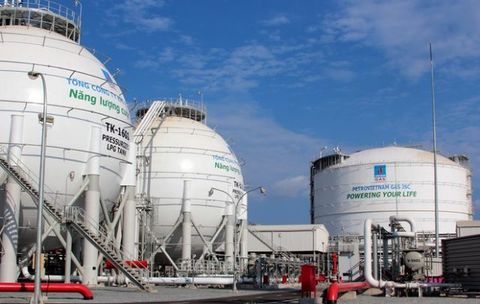 The index had risen 4.9 per cent last week.

An average of 547.2 million shares were traded on the southern exchange during each session last week, worth VND13.6 trillion (US$587 million).

“Markets ended the last session of the week in a state of hesitation below the reference level. After a strong reversal on May 17, selling pressure at the end of the session still took place on the low base,” said VDSC Securities Co.

“Movements in industry groups are also diverging. The caution is still covering investors’ sentiment. Therefore, it is likely that the market will need a step back to re-test supply and demand and wait for the more synchronous participation of investors in industry groups.

“It is expected that the range of 1,200-1,220 will still be a support for VN-Index next week. Therefore, investors may consider buying and accumulating large stocks with good valuation while the correction takes place,” said the company.

“The market's recovery prospects next week are present as the demand absorbed the selling pressure from the previous bottom-fishing purchases,” said Bao Viet Securities Co (BVSC).

“We still favour the scenario that VN-Index will form a double bottom pattern and enter a retrace wave 4 in a 5-wave Elliot pattern that began from 1,536 points,” it said.

“Investors, in general, should temporarily stand aside to observe as the market may still have strong corrections in the last session of the week. For investors who trade with existing positions in the past sessions, selling to profit during the last session or placing a trailing stop-loss order at breakeven point should be considered,” BVSC said.

MB Securities Joint Stock Company (MBS) said market liquidity was still low and was consistent with MBS's view that supply was gradually drying up, combined with a rather narrow market fluctuation range.

Along with the recovery of the world stock market, the domestic market was likely to have a gaining session next week with improved liquidity compared to the past five sessions, MBS said.

The financial and securities sector also rose such as SSI Securities Inc (SSI) up 10.3 per cent, Ho Chi Minh Securities Corp (HCM) up 16.7 per cent, Saigon-Hanoi Securities (SHS) up 23.4 per cent, and Viet Capital Inc (VCI) up 23.5 per cent.

An average of 78.7 million shares were traded on the northern exchange during each session last week, worth VND1.7 trillion.