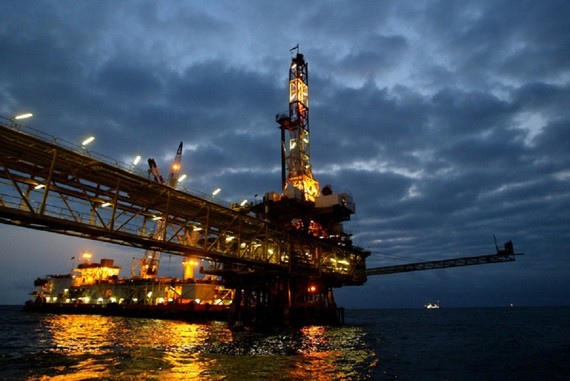 The reason is the sudden and ongoing war in Ukraine, which has caused an increase in energy prices, and made input costs of production in businesses to also rise. The negative impact of the La Nina factor also caused bad weather to affect crops and agricultural raw produce has increased sharply. However, although inflation has not increased to high levels in Vietnam, people have already begun to do cost cutting on their daily expenses, especially when the price of gasoline reached nearly VND 30,000 per liter and a 12 kg gas cylinder exceeded the usual price of VND 550,000.

Since 16 February, gas prices in Europe had begun to rise soon as the US indicated a possible attack on Ukraine by Russia. Gas prices for the May contract on European Energy Derivatives Exchange (ENDEX) rose from 63.8 euro per megawatt (MWh) and reached 141.6 euro per MWh the day before Russia began the actual military attack on Ukraine. The price rallied to a peak of 326.3 euro per MWh on 7 March, representing a 412% increase, which is a sharp five-time increase.

During the same period, the UK gas price on the Intercontinental Exchange and EU exchange also increased from 157.8 pence a Therm to 765 pence a Therm, up by 385%. However, the price of gas in the US market on the New York Mercantile Exchange (NYMEX) only increased by about 20.8% in the early days of the military conflict between Russia and Ukraine, because the US already has abundant gas resources and is now using this supply to meet the domestic demand.

By mid-March, gas prices in Europe began to fall slightly when the US and EU signed an agreement on the supply of energy. As per the agreement, the US committed to providing the EU with 50 billion cubic meters of Liquefied Natural Gas (LNG) every year from now until 2030. At the same time, the US will also add 15 billion cubic meters of LNG to the EU supply this year.

However, this has caused gas prices in the US to rise because of a temporary demand that exceeds the supply capacity in the domestic market. Since then, the price of gas on the NYMEX exchange has continued to increase, unlike the situation in Europe. As of 18 April, the May gas prices on the NYMEX exchange had peaked at USD 8.07 per Metric Million British Thermal Unit (MMBtu), equivalent to an increase of 88% ever since they began to rise on 16 February.

According to estimates made by the US Department of Energy, the global production of gas is enough to meet the demand this year and may even be in a surplus. However, the military conflict between Russia and Ukraine has disrupted the supply in Europe, leading to a spike in gas prices.

Countries in Europe have been dependent on cheap gas from Russia for many years now. For instance, gas imports in Germany make up 55% of its total imports from Russia. The EU gas production capacity in 2022 is about 202 billion cubic meters, just enough to meet 38% of the consumer demand of 534 billion cubic meters. Russia is currently meeting most of this demand for the EU countries, but gas prices in Europe have gone down after the EU leaders began looking for alternative sources of supply from countries such as the US, Qatar, UAE, and Africa.

At present the gas import structure in Vietnam is quite diverse and not solely dependent on a single source of supply. However, the total supply from three countries, namely, the US, China, and the UAE, accounts for 63% of Vietnam's entire gas imports. As Europe is now actively looking for alternative supplies from the US and UAE to make up for a huge shortfall, gas prices in the US and UAE are expected to rise even higher.

This will lead to an increase in the import price for Vietnam, and then it will be difficult to decrease the price for some time to come. Gas supply from China is likely to remain stable in terms of price because China is able to buy a lot of gas from Russia. Russia is also looking for a large and stable consumer market for its energy products, as it now wants to replace the EU market.

Vietnam needs to avoid the risk of energy dependence on one country and ensure the diversification of supply sources to ensure energy security. Vietnam will not be able to increase gas imports from China because that would create long-term risks. Vietnam should maintain a balance in import volume from the US as well as the UAE, although the import price from these sources is expected to continue to increase and remain high. Under the current global crisis, the prospects of retail gas prices in Vietnam returning to VND 300,000 per a 12 kg cylinder as before is probably unlikely to happen, at least not for the next two or three years.