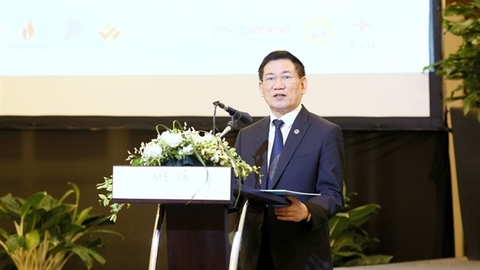 Phoc said governmental agencies have been working around the clock with SoE’s leaders and managers to seek out optimal solutions in restructuring and improving the enterprises for the long run.

The minister, however, said many SoEs-related projects have fallen behind schedule. For example, the amount of State capital recovered from equitisation in 2021 was a measly VND2 trillion, or just 5 per cent of the VND40 trillion target set by the National Assembly (NA).

A key issue, according to the Ministry of Finance (MoF), was how SoEs’ assets are calculated. Phoc said SoEs are often undervalued. Once properly audited, the SoEs value would increase by 280 per cent on average. This indicated major risks of losing State capital, especially on lands and properties.

“The main issue here is a significant discrepancy between their estimated value and market value. Even if the gap was not significant now, it will have changed in the next 10-20 years,” said the minister.

“Another issue is how to correct the estimates after the intended purposes for said properties were changed,” he said.

He called for greater responsibility and accountability by SoEs’ leaders, who should play a more active role in restructuring and modernising the enterprises.

Other challenges included how to produce an estimate for traditional trademarks and brands, said Le Thanh Tuan from the State Capital Investment Corporation (SCIC). He said in many cases it’s difficult to collect sufficient data to determine brand values, especially with smaller SoEs with limited recognition and market share.

Another difficulty experienced by SCIC, according to Tuan, was the lack of cooperation from SoEs’ management and leadership. This has been particularly severe in enterprises in which SCIC held fewer shares.

Pham Van Duc, deputy head of the corporate finance department under the MoF, said SoEs must be given more autonomy as well as tighter inspection and supervision to improve their transparency.

Duc said during the 2016-20 period, only 39/128 SoEs started the equitisation process. He said a major hurdle was the SoEs’ lack of active participation in the process’s preparation and implementation.

He advised the Government to impose higher management standards and to employ modern technologies to help improve SoEs’ competitive capacity and the preservation of capital.

Meanwhile, priority should be given to investment in key industries and remote regions by SoEs as they were often neglected by the private sector. In addition, greater effort was required to cut losses in cases of SoEs' poor financial performance.