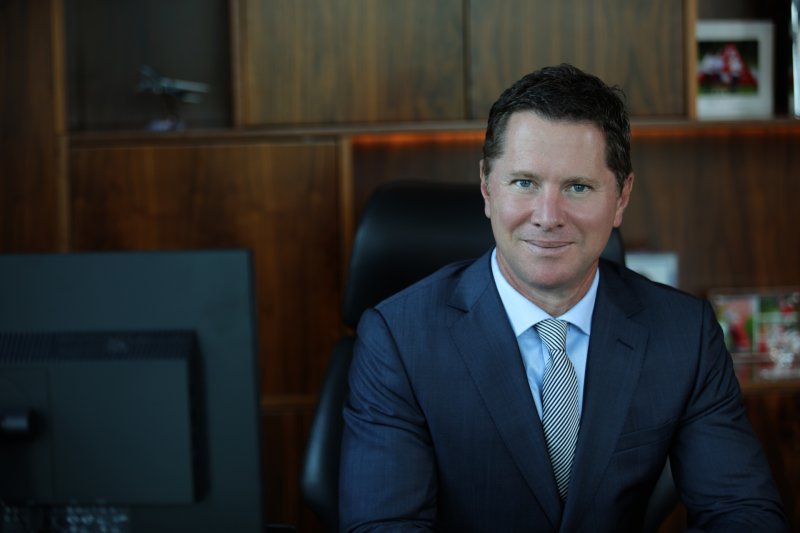 Slower-than-expected recovery of private consumption has also limited growth prospects in some countries. The IMF expects global growth to moderate from 5.9 percent in 2021 to 4.4 percent this year. That is a half percentage point lower for 2022 than what was reported in the October World Economic Outlook.

Added to these challenges, there is also the impact of the conflict in Ukraine, which has unsettled global energy markets and cast fresh uncertainty over growth forecasts. Sometimes it feels like the bad news just keeps coming.

It is not surprising that this has led to a greater desire for self-sufficiency and protectionist policies have increased during the past two years with the pandemic border controls.

However tempting this may be, it is not the road to take. Now more than ever, there needs to be a return to international openness and cooperation.

Economic cooperation is key to securing the smoothest possible exit from the pandemic. It can also help minimize the long-term costs from Covid’s extraordinary legacy and maximise the benefits from national efforts to build back better.

If you want a success story, just look at South-east Asia.

Free flow the way to go

The region has remained steadfast in its belief that economic prosperity is underpinned by the free flow of trade, investment and people. With supply chains already pivoting to the region, continued cooperation elevates the region as the epicentre for global openness and connectivity. That said, things can always be better.

The latest round of lockdowns and mass vaccination protocols have increased uncertainty, which is never good for recovering economies.

Government engagement can help offset this. For example, earlier in January, Vietnam’s Deputy Prime Minister Pham Binh Minh approved a plan on the implementation of the Regional Comprehensive Economic Partnership (RCEP) agreement. The plan aims to assign tasks and responsibilities to relevant agencies and organisations, decide on measures related to direction and administration, and other measures to implement this agreement fully and effectively. A potentially good example to follow.

There is no wonder to see Vietnam proactively stepping up its efforts to make use of the RCEP. According to the latest World Bank report, in the most optimistic scenario, where all benefits of the agreement are applied, Vietnam is one of the country’s who has most to gain from RCEP. Its income levels could increase by 4.9 percent relative to the baseline, higher than other RCEP countries, where the income level increases by only 2.5 percent.

Moreover, RCEP’s Rules of Origin allow ASEAN markets to source up to 60 percent (in value-added terms) of parts for goods from non-RCEP economies in order to sell these products on a duty-free basis within the bloc. This gives states ample room to diversify their supply chains with third-party states so as to effectively hedge against future uncertainties.

Economies seeking to stimulate manufacturing and export growth should look to opening up the flow of capital including foreign direct investment.

Examples include revisions of negative investment lists, tax incentives for certain sectors, and processes to speed up investment approvals. Many of these changes are sitting within the respective countries’ legislatures, but there is a very strong impetus for these bills to be passed.

South-east Asia has seen a digital economic explosion over the past two years that is unparalleled anywhere in the world. In 2020 alone, 40 million people in South-east Asia came online for the first time, according to a Google, Bain and Temasek report. Today, there are 400 million internet users across the region.

In Vietnam, with its various stages of lockdowns, users turned to the Internet for solutions to th challenges that the restrictions posed on them. As a result, Vietnam has seen 8M new digital consumers since the start of the pandemic, its digital service penetration was higher than the South-east Asian average. Stickiness of adoption remains high as digital consumption has become a way of life - 97 percent of the new consumers are still using the services and 99 percent intend to continue going forward.

For many businesses, the past two years was all about how quickly they could adopt technology and carry out their operations online. Many of the changes were quick fixes to stay afloat. These changes have since been fortified and embedded as South-east Asia’s consumer base structurally shifts to online as a way of life. Businesses cannot do it alone.

From a policy perspective, improving digital infrastructure, including accelerating the pace of instant payments for corporates and harmonising data standards, will provide extra confidence and transparency to buyers and suppliers.

With the value of global payments expected to reach US$156 trillion in 2022, cross-border payments are a crucial interlocker of global connectivity. This is particularly important as the digital economy takes a more prominent role.

The successful linkage of Singapore and Thailand’s Real-Time-Payment systems (PayNow and PromptPay) in 2021 marked not just a world first in cross-border payments, but a major milestone in realising the potential of South-east Asia’s digital economy.

With the launch of this linkage, the Monetary Authority of Singapore (MAS) and the Bank of Thailand (BOT) share an end goal which is to expand this bilateral linkage into a network of linked retail payment systems across ASEAN. It is now time for other South-east Asian central banks and bankers’ associations to think about their next moves.

But even more exciting is how this is developing in Vietnam. For example, a global container shipper is using real-time payments locally to collect fees from clients. This speeds up the clearance process for goods coming into ports, increasing trade velocity and transaction efficiency for businesses.

Examples like this enable wider participation by both the financial services sector and other South-east Asian markets, with the end goal of making a truly regional proposition. By enabling both corporates and consumers to transact across borders, South-east Asia is on the brink of reaping the huge potential benefits of its digital economy.

It’s this sort of innovation supports and complements the actions of governments and businesses in a couple of ways. Coordinating the nature and timing of national measures and increasing trade velocity has a knock on effect of building confidence in financial markets and investors.

Second, sharing information and pooling resources enables the international community to find common solutions to global problems – ie Thailand/Singapore’s Real-Time-Payment framework. While in many countries, domestic payments have advanced rapidly in recent years, cross-border payments have struggled to transform. Normally, developing consistent industry standards can be achieved in two ways: either when a world power creates a standard that everyone conforms to, or when clusters of interested parties come together to find common ground. MAS and BOT’s achievement is an example of this bottom-up clustered approach, showing the power of government regulators, digital businesses and multilateral organisations coming together to create tangible frameworks. It’s a valuable example not only for the ASEAN but other areas in the world to follow.

We have been in a constant state of change over the past three years. Just look at the geopolitical and pandemic shifts in the past three months. Change begets change. We have got to use the momentum to keep moving forward.

And it makes more sense to do it as an international community, rather than a sole standalone market. We have built the internationalism road. Let’s make full use of it.