Foreign capital would continue to return to Vietnam in 2022, thanks to the stability of foreign exchange and the attractive price-to-earning (P/E) ratio of the VN-Index at over 13x, according to the SSI Securities Corporation (SSI). 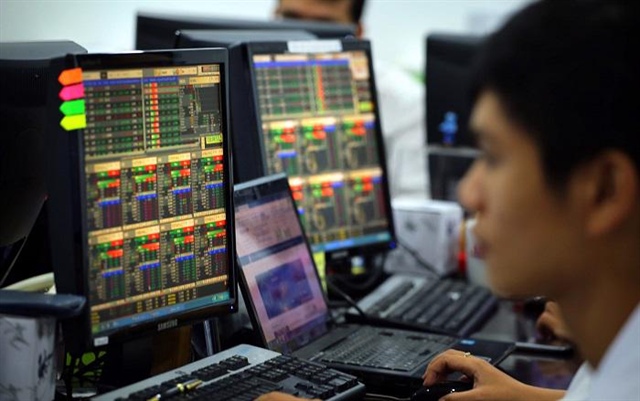 Investors at a securities company in Hanoi. Photo: Viet Dung

According to the SSI report, the net capital flows from exchange-traded funds (ETF) returned to positive after two months of staying in the negative.

“This came as the valuation of Vietnam’s stock market has become more attractive when the VN-Index declined by 9.9% in April,” noted SSI.

In addition, the VFM VN30 fund has also turned into a net buyer with VND223 billion ($9.7 million), while other foreign ETF funds of VanEck and FTSE continue to keep their net sell position of VND146 billion ($6.3 million) and VND308 billion ($13.4 million), respectively.

Overall, total funds pumped by all ETFs in April reached nearly VND1.69 trillion ($73.6 million), the highest in the past nine months.

The net inflow in the four months from ETFs, however, remained modest at VND1.84 trillion ($80 million), significantly lower than the record figure of VND13.2 trillion ($575 million) in the same period last year.

In total, foreign investors bought in a net amount of VND4 trillion ($174.2 million) in April, the first positive number since July 2021.

“Foreign investors are focusing on stocks from companies with high potential in the long term such as banking, retail or industrial properties,” said the SSI.

The securities company expected such a trend would continue until late 2022, thanks to the attractive valuation of Vietnam’s stock market in the long term.

SSI, however, suggested more pressure would pile up on emerging markets in the upcoming one or two quarters, including Vietnam’s, due to Fed raising its policy rate and stronger US dollars.

However, compared to other regional countries, the liquidity of the Vietnamese dong is not dependent on the foreign capital source, while the country’s trade surplus and large foreign reserves, estimated at over $110 billion in late 2021, cover the four-month worth of imports, remain key factors.

“Thanks to the stability of the VND-USD exchange rate, Vietnam has attracted substantial attention from investors in Southeast Asia, such as those from Thailand, Taiwan, and Singapore,” noted the report.