The UKVFTA is being compared to a two-lane freeway that helps balance the direction of bilateral trade, according to Deputy Minister of Industry and Trade Tran Quoc Khanh speaking at a March 15 seminar. On March 29, Deputy Minister of Industry and Trade Tran Quoc Khanh and Penny Mordaunt, Minister of State at the UK Department for International Trade co-chaired the first meeting of the Joint Economic and Trade Committee within the framework of the UKVFTA agreement. The two sides praised the agreement’s implementation achievements and emphasized its important role in the bilateral trade growth.

Luong Hoang Thai, Director of the Ministry of Industry and Trade’s Multilateral Trade Policy Department, said the UKVFTA has brought bilateral trade to new highs. Whereas in the past, the UK had to support Vietnam’s exports through a Generalized Scheme of Preferences, the FTA is a reciprocal framework, helping reduce the burden on both economies during supply chain disruptions, Thai said.

According to the Ministry of Industry and Trade, bilateral trade in goods reached US$6.6 billion in 2021, up 17.2 percent from 2020. Vietnamese exports to the UK and Northern Ireland grew over 16 percent in 2021, with an increase of 24.6 percent in the other direction. Nguyen Thi Thu Trang, Director of the Center for WTO and Integration at the Vietnam Chamber of Commerce and Industry (VCCI), said that although the rise was lower than Vietnam’s average export growth, the 2021 growth of exports to the UK and Northern Ireland would not have been so high without the UKVFTA.

Deputy Minister of Industry and Trade Tran Quoc Khanh said the agreement provides ample room for greater bilateral trade growth. “The agreement will open up more opportunities for the two countries to cement cooperation and rely on each other’s strengths, adding value to bilateral trade,” said the deputy minister. 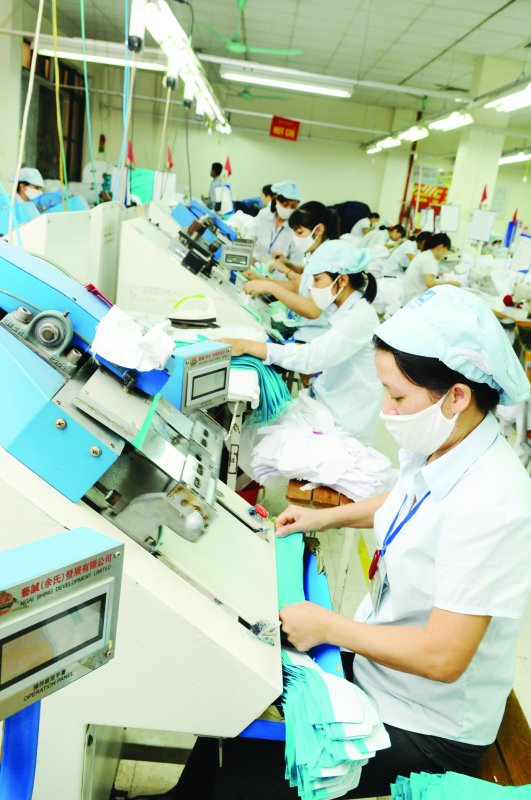 Graham Stuart, the UK Prime Minister’s trade envoy to Vietnam, Cambodia and Laos, said the agreement is the leading pillar of the joint commitment to deepening bilateral trade relationships.

Director of the Center for WTO and Integration Nguyen Thi Thu Trang said the UKVFTA was better than other FTAs in that it provides a five-month preparation window for Vietnamese firms to adapt to the new rules.

Trang also noted that Vietnam normally faces trade competition from its partners under other FTAs, but not under the UKVFTA due to the nature of Vietnamese and UK exports.

In the first year of the UKVFTA implementation, the UK moved up from 17th to 12th place among the biggest foreign investors in Vietnam. Notably, 48 UK direct investment projects in Vietnam were approved in 2021, with total registered capital of US$53 million, up 157 percent year-on-year, taking the total to US$4 billion.

More than 80 percent of businesses surveyed by the VCCI said they do not thoroughly understand Vietnam’s FTAs and opportunities. Trang said businesses are looking forward to receiving information and market access support related to FTA commitments and implementation.

The Vietnamese Ministry of Industry and Trade regularly organizes seminars and other trade promotion activities at which businesses can learn about the UK market.

To promote efficient implementation of the UKVFTA, Deputy Minister of Industry and Trade Tran Quoc Khanh and Penny Mordaunt, Minister of State at the Department for International Trade of the UK signed a decision on the operational regulations of the Vietnam-UK Joint Economic and Trade Committee, paving the way for its efficient work in compliance with the UKVFTA.