The Federal Reserve (Fed)’s biggest rate hike in 22 years by a half-percentage point and the current high inflationary pressure may not be enough to reverse Vietnam’s current easing monetary policy, at least in the upcoming three to six months, according to the VnDirect. 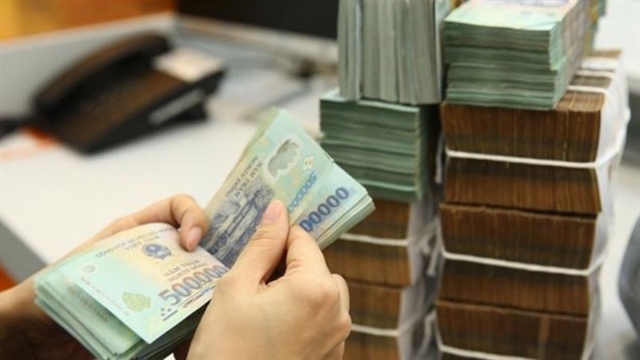 Vietnam's inflation is set to remain under control despite high inflationary pressure. Photo: The Hanoi Times

For the past two years, the State Bank of Vietnam (SBV), has cut the policy rates three times and kept a low-interest-rate environment to support the economy against pandemic impacts.

Skyrocketing strategic commodities in the global market as a result of the Ukraine-Russia conflict, however, have raised concerns that the inflation in Vietnam may exceed the 4% target in 2022.

In the first quarter of 2022, the average price of Brent crude oil stood at US$100 per barrel, an increase of 59.7% year-on-year, while experts suggested prices of gas and crude oil may not return to the pre-crisis level any time soon.

Commercial banks have also raised interest rates for 3-month deposits and capital mobilization rates of 12 months by seven and eight percentage points, respectively, in the first quarter against late 2021.

VnDirect’s report, however, anticipated the SBV to maintain its easing monetary policy by at least the end of the second quarter, as the CPI in the first half of 2022 is estimated to expand by 2.5% year-on-year, significantly lower than the 4%-threshold.

Another factor pointed out by the report is the demand that has not fully recovered after the pandemic.

“This prompted the SBV to prioritize a low-interest-rate environment to support businesses and economic recovery in the post-pandemic period,” it said.

While the SBV may not further cut its policy rates, VnDirect expects support could come in the form of injecting more liquidity into the market, purchasing foreign currency, or raising credit quota for commercial banks.

VnDirect forecasts credit growth in 2020 to expand by 14% year-on-year, with the credit being channeled to priority fields of industry, trade, and farm production.

Meanwhile, the authorities would continue to tighten loans into high-risk fields such as real estate, securities, and BOT transport projects.

This is not to mention the ongoing interest subsidy of 2% per annum on commercial loans from the Government for businesses, cooperatives, and households during the 2022-2023 period worth VND40 trillion ($1.76 billion).