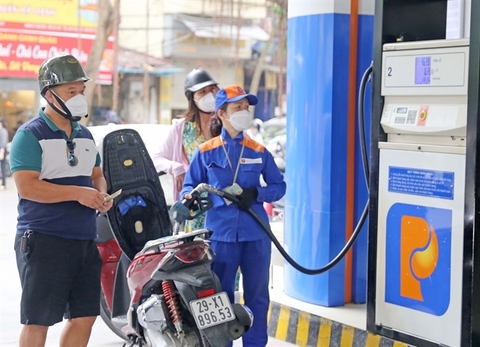 Some 564 million shares were traded on the southern bourse, equivalent to VND15.4 trillion (US$740.5 million).

Market breadth was negative with 394 losers and 59 gainers.

In the basket, only one stock climbed, one stayed flat and 28 slid.

On a sector basis, 23 out of 25 sector indices on the stock market lost ground, including insurance, real estate, retail, oil and gas, banking, food and beverage, securities, wholesale, construction, rubber production, agriculture, IT and logistics.

On the other side, gainers included seafood processing and healthcare.

The northern market index had declined 0.62 per cent, to end Thursday at 358.75 points.

More than 61.7 million shares were traded on the northern exchange, worth VND1.43 trillion.

In a recent report, Viet Dragon Securities Co (VDSC) said domestic individual investors were a major fuel for the rise of the stock market in the 2020-2021 period. However, this group was in a panic after the recent correction phase of the market, as evidenced by the net selling value of VND4.7 trillion in April.

Therefore, in the short-term, individual investors may not return to the market, especially in May when the earning result season reaches an end and there was little supportive information. Accumulation of cash flow of long-term investors could become the supportive element for the market, instead.

VDSC forecast that the stock market may return to a balanced state in May, with VN-Index fluctuating around 1,320-1,420 point range.